While the shadow turned out to be nothing to be worried about, James McAvoy’s wound from the biopsy surgery became grotesquely infected. Consequently, the original out-patient appointment turned into a three-week stint in hospital. “It nearly killed me,” the Glaswegian actor told Men’s Journal. “It was very scary. A terrifying f***ing thing to go through.” As a father to Brendan, 12, McAvoy had much more to lose than his own life if he was to go.

While no longer with his child’s mother, Anne-Marie Duff, who he divorced after a decade of marriage, McAvoy would not have wanted to leave Lisa Liberati either.

The actress, who he met while filming the psychological thriller Split in 2016, is now his spouse.

Having secretly married one another, away from the public eye, McAvoy confirmed their nuptials in February of this year.

As for any type of surgery, there are risks involved when a biopsy is taken from the lungs. 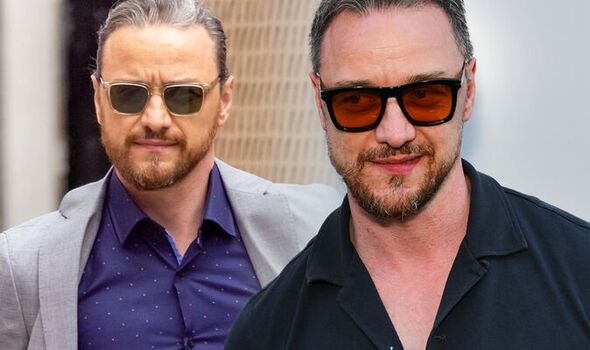 Speaking on the procedure is Doctor Carol DerSarkissian, who explained: “If your doctor spots something out of the ordinary on your chest X-ray or CT scan, they may ask you to get a lung biopsy.

“In this procedure, a doctor removes a small sample of cells from your lung and checks it under a microscope for signs of disease.”

Doctor DerSarkissian warned: “Pneumonia is a risk for all types of lung biopsies.”

The NHS certified that pneumonia is swelling (inflammation) of the tissue in one or both lungs.

Hospital-acquired pneumonia could lead to further complications, including a lung abscess.

Doctor DerSarkissian also mentioned the risk of pneumothorax, “where air leaks out between the lung and chest cavity”.

This can make breathing more laborious and the lung could collapse which, clearly, is very frightening indeed.

People who have undergone a biopsy should alert their doctor immediately if they experience any of the following:

Since his life-threatening ordeal, McAvoy has gone on to complete numerous projects.

From the likes of The Bridge TV series to the 2022 comedy, The Bubble, the BAFTA award-winning star may have many more years to delight his fans with new work.

As for keeping an eye on his health, McAvoy may be a bit more wary the next time his medical check-up comes around.

James McAvoy stars in the film Atomic Blonde, which airs on Film 4, Wednesday, August 10 at 9pm.