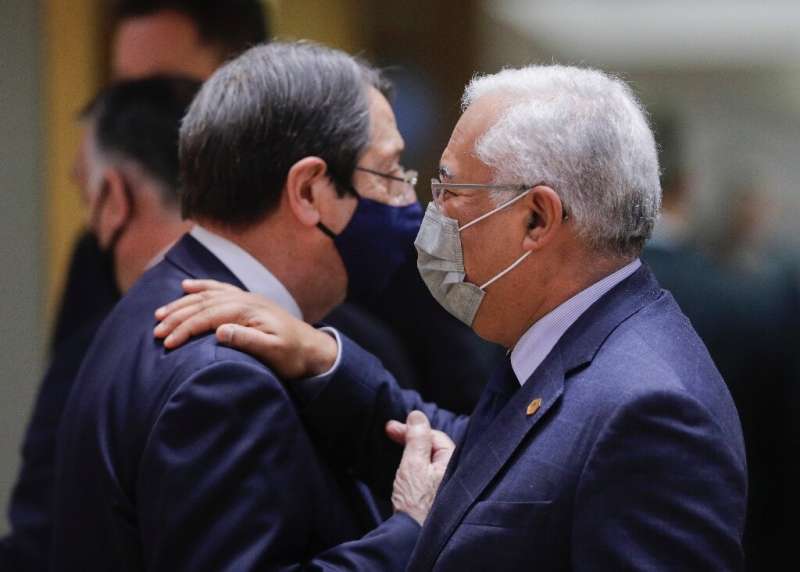 EU leaders said on Thursday that vaccinations and booster shots would be vital to counter the Omicron coronavirus variant as countries stepped up restrictions to slow its startling spread.

The EU summit they were participating in also emphasised the need for “coordinated efforts” based on science, amid go-it-alone measures applied notably by Italy.

The joint conclusion, swiftly adopted at the beginning of the one-day gathering, underlined the urgency Omicron has injected into European policy-making just three weeks after South African researchers detected the strain.

“It is spreading at the ferocious pace and potentially has a risk of escaping our vaccines, at least partially,” said EU commission president Ursula von der Leyen at the end of the talks.

Alarm over the Omicron variant galvanised the meeting in Brussels, to which all participants—from presidents down—only had access if they could show a negative PCR test, regardless of their vaccination status.

“Rolling out vaccination to all and deploying booster doses are crucial and urgent,” the leaders said in their joint conclusion.

But they also had a warning from the European Centre for Disease Prevention and Control ringing in their ears that Omicron’s high infectivity—doubling cases every two days—meant it was too late to overcome the “vaccination gap” among EU countries.

Several countries, including Italy, Ireland, Portugal and Greece, have already announced they will impose pre-arrival COVID tests on all EU arrivals.

That undermined an EU COVID certificate that had previously exempted vaccinated travellers from such tests. The European Commission said that Italy had not given the requisite 48-hour notification before bringing in its added restriction.

One mooted plan is to make the COVID certificate expire after nine months if a booster has not been added.

“This could hopefully… help to move back to a more coordinated situation and policy,” said Dutch Prime Minister Mark Rutte.

“But,” he added, “at the core is an understanding that member states have to take measures when their national health issues demand them.”

French President Emmanuel Macron said that extra tests at intra-European borders would have a “very reduced effectiveness” since most travel was by people exempted from the rules anyway.

“From the moment when such and such a variant is present in a country of the EU, it spreads to the others,” he said.

This however did not stop France from announcing a ban on tourist travel from Britain, and tighter testing requirements for French and EU citizens or those with compelling reasons, who are still allowed in.

Britain, a former EU member, is the epicentre of Omicron infections in Europe.

Greek Prime Minister Kyriakos Mitsotakis said he foresees the additional testing obligation being only “for the Christmas period, in order for us to gain additional time to boost as many people as possible”. For Orthodox Christians in Greece, Christmas celebrations continue up to January 7.

The variant is also spreading fast in Norway and in the EU, notably in Denmark, France, Germany and Belgium.

Von der Leyen said projections suggested the mutated COVID strain could be dominant in the EU as early as next month.

The timing is perilous, promising a tough winter in Omicron’s shadow at a time Europeans usually get together with family, workmates and friends to celebrate Christmas and the New Year. For most, those festivities were absent or minimised last year because of COVID restrictions.

Although many EU countries are in the global vanguard in terms of vaccination rates, the rollout is patchy across the 27-nation bloc.

That data spurred calls for more inoculations, but also for greater coordination, for fear that European Union unity could fracture as boosters take on more importance to improve antibody defences against Omicron.