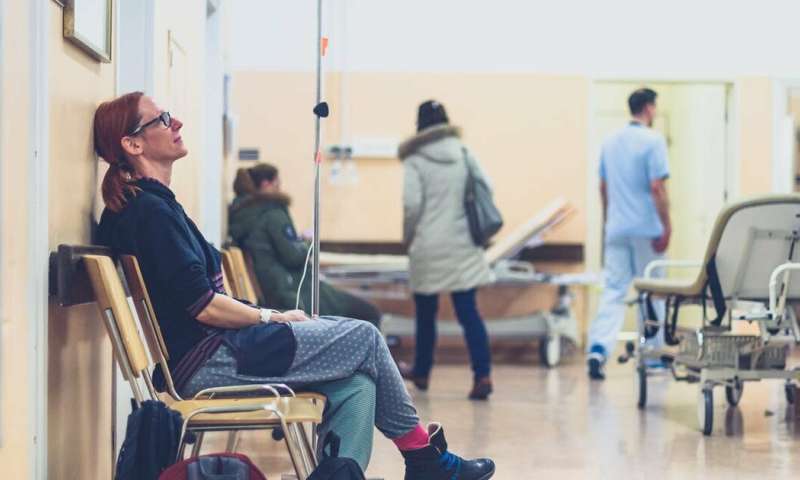 Over the past thirteen years, many Australian women have used the drug mifepristone (RU486) to bring about a medical abortion.

Rather than undergoing a surgical abortion in a clinic or hospital operating theatre, a medical abortion is induced by taking drugs prescribed by a doctor.

But while mifepristone has been available in Australia since 2006, only some women, in some parts of the country, are able to access it. As I argue today in the Medical Journal of Australia, this needs to change.

Mifepristone was developed in France in the 1980s and was soon being used for medical abortion in many parts of the world. Not, however, in Australia, where two male politicians did a deal that gave no consideration to women’s health needs.

In 1996 the anti-abortion Senator Brian Harradine, who held the balance of power in the Howard government, persuaded John Howard to pass legislation banning mifepristone in Australia, in return for his supporting Howard’s Telstra-privatisation bill.

Australian women were deprived of mifepristone for ten years, until a vigorous cross-country campaign resulted in the parliament’s overturning of the Harradine legislation in 2006.

But this didn’t mean the drug immediately became widely available. The political controversy made pharmaceutical companies reluctant to manufacture or market it.

Doctors, including myself, began personal applications to the Therapeutic Goods Administration (TGA) to import and use the drug in Australia – a lengthy and complicated process.

But by 2012, more than 80 doctors across Australia were prescribing the drug, and two large Australian studies covering more than 13,000 women showed it was safe and effective.

In 2012, the TGA finally gave mifepristone a full license and in 2013 it was placed in the Pharmaceutical Benefits Scheme, which means the government subsidises the cost of the drug.

Still no drug company would take on distribution, so rights were given to Marie Stopes International Australia (MSIA). Marie Stopes has for many years provided women’s health care but this was a new role.

The TGA required Marie Stopes to develop an online three- to four-hour instruction module for doctors, who must complete this and register to prescribe mifepristone.

Pharmacies must also register to dispense the drug. But many have declined to do so.

No other drug has this kind of special status, which is unnecessary. Doctors study pharmacology and drug prescription in medical school, and use this knowledge every day in clinical practice.

Singling-out mifepristone, as well as continuing to stigmatise abortions and the women who seek them, has also dissuaded doctors, especially general practitioners, from registering and using the drug.

GPs are the doctors most appropriately placed to manage early medical abortion (to nine weeks of pregnancy) for women requesting it. But just 1,500 of Australia’s 35,000 GPs have so far registered.

Over the past seven years a vast amount of data has been accumulated from the experience of nearly 200,000 Australian women, showing the drug is safe and effective, and importantly, very acceptable to the women using it.

It’s time to take mifepristone out of its cage and put it on pharmacy shelves with every other drug.

Services over the phone

Early medical abortion also lends itself to the practice of tele-medicine —phone and video consultations. This increases access for women living in rural or remote areas, who have difficulty travelling to larger centres for surgical abortion or accessing pharmacies.

Four years ago gynaecologist Paul Hyland established the Tabbot Foundation to provide early abortion care via telephone consultations and postage of the drugs to such women. His team has successfully managed around 6,000 early medical abortions this way. The complication rates have been low and are comparable with services where consultations are face-to-face.

Other doctors have followed in various parts of the country and in all places tele-medicine services have been well-received.

But the Tabbot Foundation is closing down. This is likely to result in large unmet need among women in rural and remote areas.

Recently the Australian Labor Party announced that if elected, it would tie federal funding for public hospitals to the provision of abortion services in the public sector.

This was welcome news, and interestingly did not result in the polarised public debate that surrounded the overturning of the Harradine legislation thirteen years ago.

Around 80% of Australians now support a woman’s right to choose abortion. While abortion is not yet part of mainstream medical practice, it is clearly moving that way, as state laws change and society comes to appreciate that safe, accessible abortion is an important part of women’s reproductive health care.