Due to their immunosuppressive properties, systemic glucocorticoids are estimated to be used by 0.5% to 3% of the population annually. Glucocorticoids are effective, but their use comes with some significant musculoskeletal and cardiovascular side effects. A recent BMJ Open study conducted a cross-sectional analysis to test the hypothesis that the usage of systemic and inhaled glucocorticoids was associated with alterations in grey matter volume (GMV) and white matter microstructure. 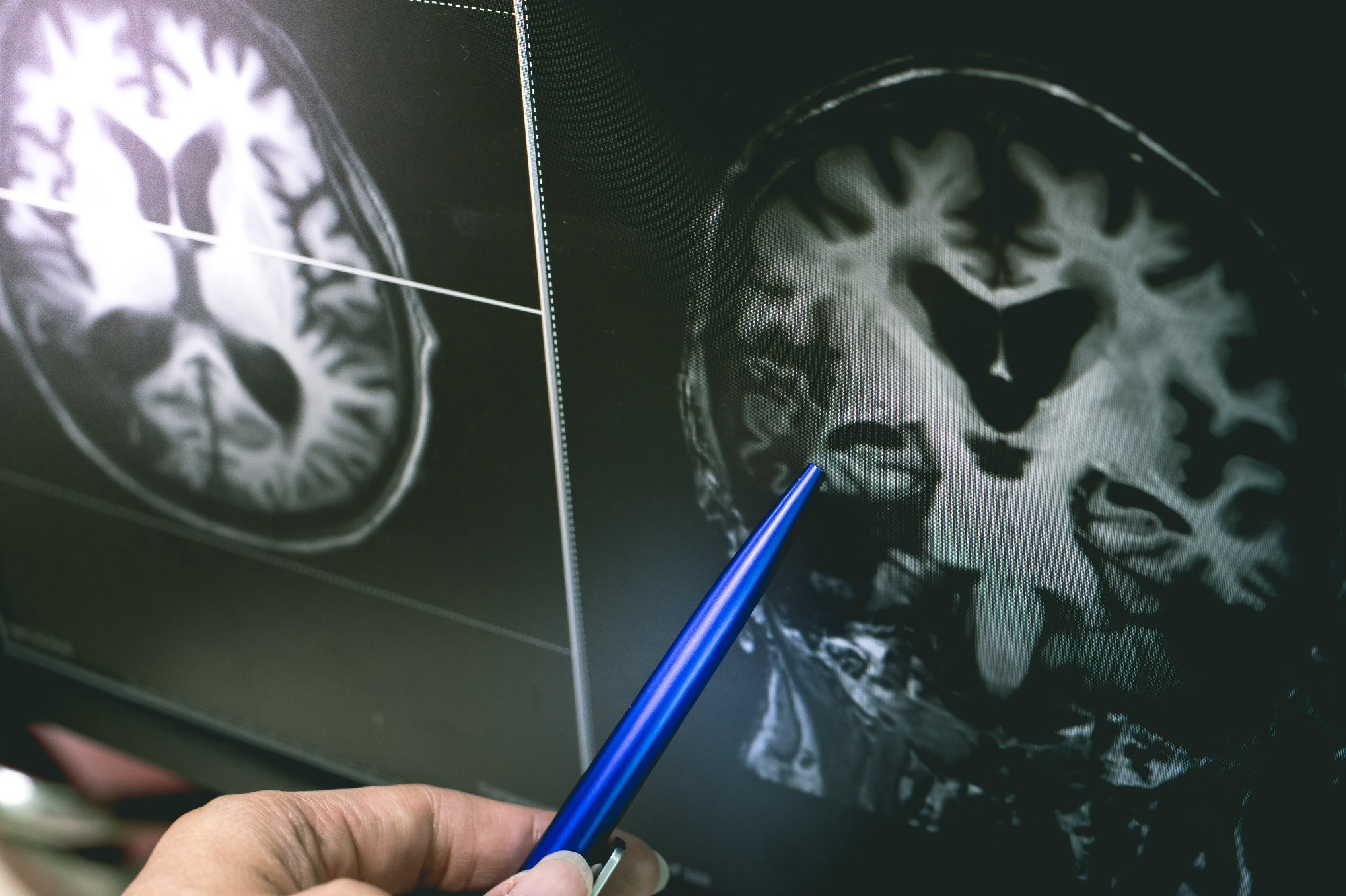 Study: Association between use of systemic and inhaled glucocorticoids and changes in brain volume and white matter microstructure: a cross-sectional study using data from the UK Biobank. Image Credit: Atthapon Raksthaput / Shutterstock

In addition to the physical side-effects mentioned above, the use of synthetic glucocorticoids could lead to neuropsychiatric symptoms, such as depression, mania, and even a significantly increased suicide (attempt) rate. In prior studies, overexposure to glucocorticoids has been shown to have adverse effects on the brain. Some studies have documented the reduction of the volume of specific regions in the brain, including the amygdala and hippocampus, in patients on a high dosage of synthetic systemic glucocorticoids.

The majority of studies on the effects of glucocorticoid overexposure have been conducted on small, selected populations. However, it remains to be seen whether these findings hold true in a broader sample of people using glucocorticoids, including inhaled glucocorticoids.

Using data from the UK Biobank, a large population-based cohort study was conducted to address the above research gap. The hypothesis was that differences in white matter microstructure and brain volume could be identified between non-users and inhaled or systemic glucocorticoid users. For the study, adults were recruited between 2006 and 2010, and the exclusion conditions centered around endocrinological, psychiatric, or neurological history and the use of psychotropic drugs. The study included 557 inhaled glucocorticoid users, 222 systemic glucocorticoid users, and 24,106 controls.

As well as assessing cognitive outcomes, the study evaluated differences in emotional well-being and cognitive function. Researchers hypothesized that the use of glucocorticoids would result in reduced gray matter volumes in the limbic system and hippocampus, decreased fractional anisotropy (FA), and increased mean diffusivity (MD) throughout the brain, as well as poorer cognitive and emotional functions.

It was observed that systemic and inhaled glucocorticoids were associated with changes in several brain imaging parameters. In addition, glucocorticoid effects on white matter microstructure, which were reported in previous studies, were also detected in the present study.

Inhaled and systemic glucocorticoid use was found to be related to reduced white matter integrity. In other words, a lower FA and higher mean diffusivity (MD) were observed compared with controls. Based on this observation and the fact that a large sample size was considered, it could be concluded that the adverse effects of glucocorticoids were quite widespread.

Strengths and Limitations of the Current Study

The main strength of this study is the large sample size. According to the authors, this is the most comprehensive study to date about the association between glucocorticoids and brain structure. It is also the first to investigate such relationships in users of inhaled glucocorticoids. Additionally, strict exclusion criteria were used to mitigate the effects of confounders.

The study's main limitation is related to its cross-sectional nature, which precludes causal inference. Further, duration-dependent or dose-dependent associations could not be thoroughly analyzed due to the lack of data in the UK Biobank.

The large-scale cross-sectional analysis revealed that inhaled and systemic glucocorticoid use was associated with reduced white matter integrity and limited changes in grey matter volume. This finding led researchers to conclude that such an association could contribute to the neuropsychiatric side effects of glucocorticoid medication, and this could be more pronounced in chronic users.

Priyom holds a Ph.D. in Plant Biology and Biotechnology from the University of Madras, India. She is an active researcher and an experienced science writer. Priyom has also co-authored several original research articles that have been published in reputed peer-reviewed journals. She is also an avid reader and an amateur photographer.