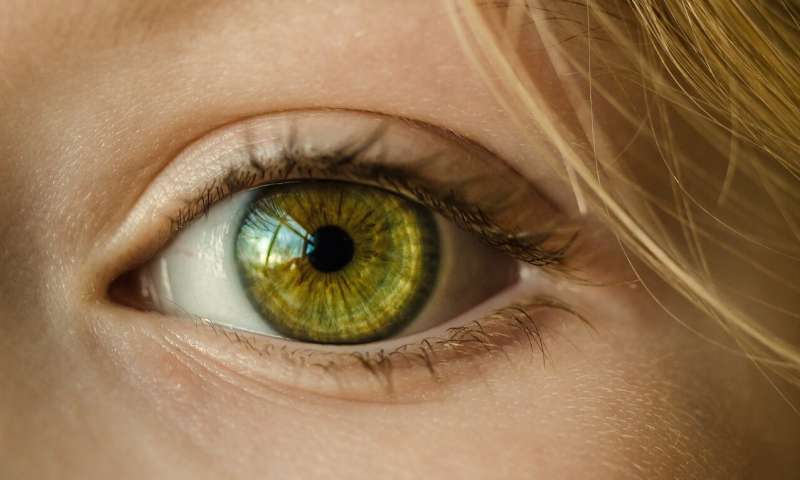 Over the past six months, Martha Trundle-Selby, 33, has primarily worn glasses despite preferring contact lenses.

In the wake of the pandemic with greater attention placed on hand hygiene and viruses on surfaces, eyeglasses seemed like a more hygienic option than using her fingers to place contact lenses in her eyes, she said.

But classic bifocals present another problem. Breathing causes her glasses to fog up when she’s wearing a mask. So the stay-at-home mom in Atlanta is strongly considering Lasik eye surgery.

“I really hate wearing glasses. And I don’t really want to put my fingers to the eyes. Lasik would solve both those problems,” Trundle-Selby.

She is not alone.

Optometrists report a rising number of patients seeking help with eye problems during the pandemic. Many are tired of their glasses fogging up while wearing masks and wary of possibly spreading viruses while installing contact lenses. Meanwhile, others are grappling with the fallout of increased screen time, which can exacerbate a medical condition known as dry eye, doctors say

The Centers for Disease Control and Prevention says you should avoid touching your eyes with unwashed hands to avoid contracting the coronavirus, though the illness is thought to primarily spread by inhaling respiratory droplets.

Still, Trundle-Selby, a long time wearer of glasses, isn’t taking any chances. She has an appointment in late October to see her optometrist and inquire about Lasik.

She joins a growing number of people who have sought out or gotten Lasik in recent months, according to Neda Shamie, a corneal surgeon at the Maloney-Shamie Vision Institute in Los Angeles.

Shamie’s office noted a 35% increase in inquires for Lasik, a corrective laser eye surgery, and a 30% increase in Lasik procedures since the remote work era kicked off in March. Part of the reason for the rise stems from increased time, she says.

“What we hear is that patients are frustrated with the dry eyes that they get with contact lenses because they are spending so much time on the computer, long hours in virtual classrooms or meetings for work,” Shamie said.

What is dry eye?

Dry eye disease is a common condition that occurs when your tears aren’t able to provide adequate lubrication for your eyes, according to the Mayo Clinic. Symptoms usually affect both eyes and may include a stinging, burning or gritty sensation in your eyes, doctors say.

Staring at computer, TV or smartphone screens can decrease your overall blink rate by 33%, according to the University of Iowa Health Care. And when you blink less often, that can cause dryness, which is made worse if you wear contact lenses, according to medical experts.

“You may have seen your friends or colleagues who are sitting in front of the computer with kind of a zombie stare. That in itself can cause your eyes to dry out,” Shamie said.

Mile Brujic, an optometrist and owner of Premier Vision Group, also says that complaints of eyestrain, eye fatigue and eye dryness have increased as people spend more time at home.

“We were already a computer-savvy society but the pandemic just took it to the next level,” Brujic said.

To avoid dry eye or eyestrain from increased screen time, Brujic advises following what he calls the “20-20-20” rule. For every 20 minutes you spend staring at a screen, you should take a 20-second break and look at something 20 feet or so away to recalibrate your eyes, he said.

There’s also an app called Eyecare 20 20 20 in the App Store and Google Play store that can remind you to take those breaks. Turning down the brightness on your computer screen may also help.