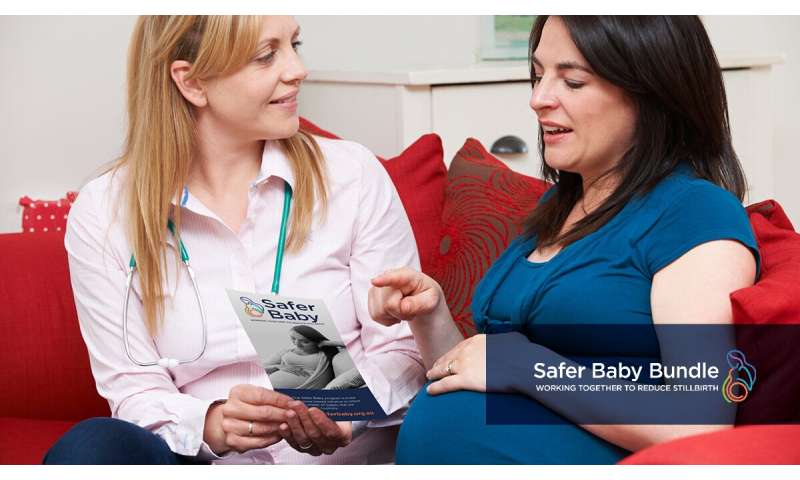 Many of the more than 2,000 stillbirths that occur in Australia each year are preventable through improved maternity care, according to a major new collection of peer-reviewed papers published today in the journal Women and Birth. Ten papers highlight the tragedy of stillbirth in Australia, which remains a major public health problem with an enormous mortality burden and psychosocial impact on parents, families and the wider community.

The Stillbirth Series presents compelling evidence for urgent action in Australia to address stillbirth rates, particularly among higher-risk groups which are disproportionately impacted.

Aboriginal and Torres Strait Islander women, and women from South Asian and African migrant communities, are currently at twice the risk of having a stillborn baby.

Across Australia, 40 percent of all stillbirths at late gestation remain “unexplained,” many simply because of inadequate investigation and classification, and many because we simply don’t understand why and need further research.

Currently only five percent of perinatal deaths in Australia are both audited and reported nationally according to best practice.

The first paper in the series, titled “The Road to Now: Two Decades of Stillbirth Research and Advocacy in Australia,” makes the case for better management and assessment of maternal risk factors as key to driving down stillbirth rates and improving maternal and child health outcomes.

“Many stillbirths in Australia are preventable. Indeed, stillbirth represents the extreme along a continuum of adverse perinatal outcomes linked with long term health burden. Therefore preventing stillbirths is likely to result in wide scale improvements in maternal and child health,” it says.

“The majority of stillbirths and neonatal deaths occur preterm, with spontaneous preterm labor and infection being contributing conditions. Thus preventing preterm labor and birth is a high priority. Placental dysfunction is an important contributor to late gestation stillbirths, making development of an accurate biomarker of poor placental function another high priority. However, the mainstay of stillbirth prevention is assessment of maternal risk factors and planned earlier birth when the baby is considered to be at increased risk.”

The Stillbirth Series points to key initiatives like the national launch of the Safer Baby Bundle and the Australian Government’s National Stillbirth Action and Implementation Plan as central to the work of decreasing stillbirth rates in Australia.

Woman and birth editor in chief, Professor Caroline Homer, said the publication of the Stillbirth Series aims to draw attention to this significant public health issue in Australia and globally. Health professionals, researchers, and policy makers need to work in partnership with women and their partners, families and communities to reduce this tragic event.

“Addressing preventable stillbirth has always been important but is even more critical in a COVID-19 era as maternal health services globally struggle with disruptions and altered service provision,” Professor Homer said.

Stillbirth Center of Research Excellence Director, Professor Vicki Flenady, lead author of the first paper in the series, said the research highlights what needs to be done to end preventable stillbirths in Australia.

“This series shows there is an enormous amount of work ahead of us, both in addressing the disparities in stillbirth rates across community groups, and better understanding the high rates of stillbirth currently classified as having no known cause,” Professor Flenady said.