A loved one’s sudden weight gain or weight loss may be cause for concern, but should you raise it? And, if so, how can you do so sensitively? Five experts share their opinions on talking to friends or family about their weight.

The weight psychologist: be wary of ambushing

Founder of Weight Management Psychology Glenn Mackintosh says there is a big difference between the “intended and received message”. 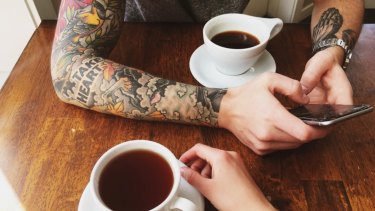 Should you ever bring up a friend’s weight?Credit:Stocksy

While speaking up reflects concern, the recipient can feel “threatened and stigmatised". If you’re concerned about your friend’s weight gain, he says “there is a good chance they are concerned themselves”.

“People will bring up their concern about their weight but will do it in ways that might slip under the radar, such as a passing comment, a little joke about themselves or a throw-away line,” Mr Mackintosh says. “As a friend, that can be a powerful moment to connect.”

While 10 years ago blunter conversations were the norm, the body positive movement has changed how we talk about weight, taking the focus away from the number on the scales to addressing the root causes of weight gain, such as work stress and relationship breakdowns.

This approach is much healthier, Mr Mackintosh says, as it allows people to look for "long-term health solutions". Sometimes a lifestyle change like a new job is what is needed, rather than dieting and regaining the weight because the cause of the problem hasn't been addressed.

The eating disorders expert: start with openness about mental health

Professor Phillipa Hay, director of Sydney's Wesley Eating Disorders Centre, says, while weight gain or loss is a personal thing, a sudden change can be indicative of other issues, such as mental health problems.

“Stepping in and expressing concern needs to be done in a way that supports them and is effective,” she says. “Ask about their mood and how they are feeling as a person. It’s not about the weight on the scales.”

Just saying, "Are you okay, is there anything you’d like to talk about?", can be a better approach than being too specific, as this type of non-confrontational questioning allows your friend to open up if they want to.

If your friend chooses to confide in you, Professor Hay says the next step is encouraging them to seek help from a GP, the Butterfly National Helpline or Beyond Blue.

The obesity expert: work on your health together

Dr Nicholas Fuller from the University of Sydney's Charles Perkins Centre says the best thing you can do is be a supportive friend and form healthy habits together.

“Be a role model for them. Instead of sitting in a cafe, suggest meeting up to go for a walk. Create a supportive environment for them without bringing up the topic [weight gain or loss] for them,” he says. “It’s powerful being a role model.”

Fuller advises not to “give your personal advice, experience or lectures".

"Let them make their own decisions," he says.

The relationships psychologist: be a good listener

Clinical psychologist Elizabeth Shaw, CEO of Relationships Australia, says the best thing you can do as a friend of someone whose weight is changing is to listen.

She suggests listening for indirect clues such as “I haven’t been to the gym in months”. This allows you to be “more curious and ask about their concerns or say something supportive instead of a more bland ‘don’t worry about it’ response".

“A friend is best in a supportive role,” she advises, although it might be time to voice your concerns if "you are worried your friend’s health is actually at risk".

"That is quite a different situation than your own personal view about their weight."

The personal trainer: remember weight and health are not the same

Shelley Lask, personal trainer at Melbourne's Body Positive Health and Fitness, says it’s important to “avoid giving appearance compliments”. Focus instead on complimenting people of all shapes and sizes, focusing on “their character and how they are doing and feeling”.

Ms Lask says being physically active is an “important form of self-care” and can “help improve blood pressure, mental health and cognitive ability”. But it’s unhealthy to encourage a friend to work out when they don’t enjoy it, or when the focus is on the number on the scales.

Lask says it’s important to be aware of weight stigma.

“We need to look at our own attitudes, the way we talk about it, how we look at people with higher weights, be aware of any weight bias we have,” she says. “Remember, all people deserve to be treated with respect.”