Experts know that processed red meats are likely to raise the risk of cardiovascular disease and death. But are unprocessed meats, fish, and poultry less harmful? New research investigates. 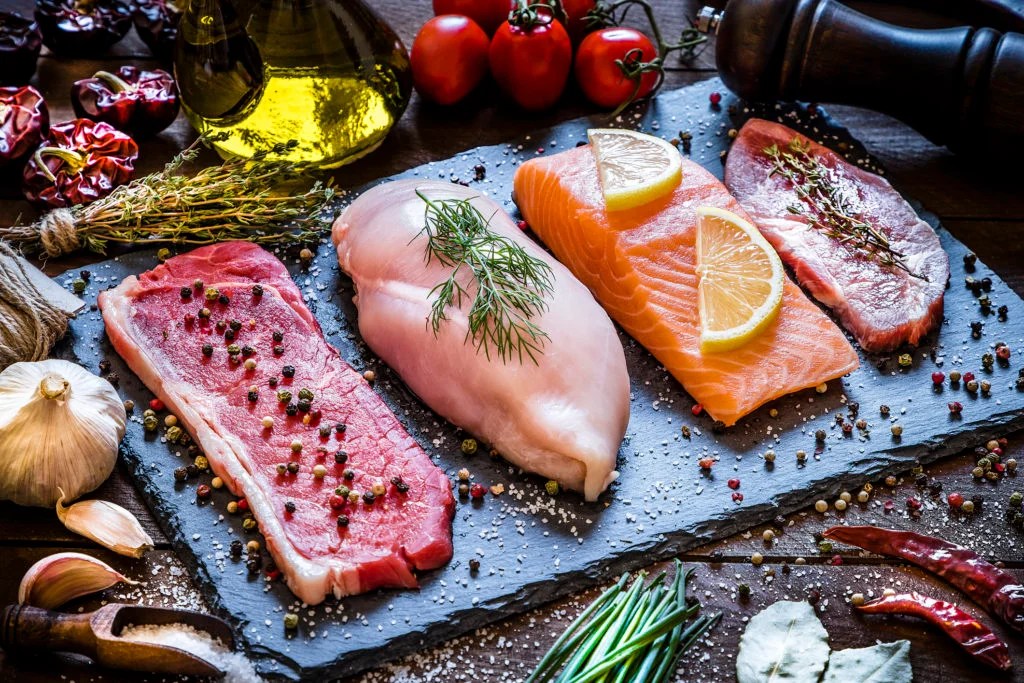 Several studies have established a link between consuming processed meat — such as bacon, hot dogs, sausages, and other similar meats — and an increased risk of cardiovascular disease (CVD) and death.

The higher amount of saturated fats in these foods, along with a higher level of salt and preservatives, might explain these associations. Newer research has suggested that even a low amount of these foods is enough to jeopardize health.

But what about other meats, such as unprocessed red meat, poultry, or fish? Do these foods affect cardiovascular risk and longevity in the same way?

So, to fill this gap in the research, a group of scientists led by Victor W. Zhong, Ph.D., of Cornell University in Ithaca, New York, set out to conduct a new meta-analysis of 6 existing studies.

The pooled analysis appears in the journal JAMA Internal Medicine.

Zhong and the team looked at prospective cohort studies that had been carried out across the United States, totaling 29,682 U.S. adults who did not have CVD at baseline.

Researchers had recorded the participants’ dietary data between 1985–2002 and clinically followed them for 30 years, until August 31, 2016.

Of the cardiovascular events, 38.6% were cases of coronary heart disease, 25% were stroke events, and 34.0% involved heart failure.

To define what constitutes 1 serving of meat and assess the participants’ diet, the researchers used the Willett Food Frequency Questionnaire.

“1 serving was equivalent to 4 [ounces] of unprocessed red meat or poultry or 3 [ounces] of fish. For processed meat, 1 serving consisted of 2 slices of bacon, 2 small links of sausage, or 1 hot dog,” explain the authors.

The median consumption in terms of servings of meat, poultry, and fish per week was 1.5 for processed meat, 3 for unprocessed red meat, 2 for poultry, and 1.6 for fish.

The main outcome that the scientists looked for was the relative risk of CVD and all-cause mortality over the 30 years between people who consumed these different foods, as well as the difference in absolute risk over the same period.

They calculated the risks for each additional intake of 2 servings per week.

Up to 7% higher relative risk of death, CVD

Zhong and the team summarize the findings: the “intake of processed meat, unprocessed red meat, or poultry was significantly associated with incident cardiovascular disease, but fish intake was not.”

More specifically, the increased relative risks of CVD and all-cause mortality ranged from about 3% to 7%. “The increased absolute risks were less than 2% over the 30 years of follow-up,” add the authors.

More in-depth detail shows that for every 2 additional servings of processed meat per week, the relative risk of all-cause mortality rose by 3% compared with those who did not eat processed meat.

The same was true for each additional 2 servings of unprocessed meat.

The relative risk of CVD rose by 7% for every 2 servings of processed meat per week. For unprocessed red meat, this risk was 3%.

An increase of 2 weekly servings of poultry correlated with a 4% higher relative risk, whereas fish was not associated with CVD risk.

“People who consume more servings per week would have greater risks,” add the researchers.

The authors deem the findings of “critical public health” importance. They also note that more research is necessary to strengthen the findings.

As it stands, the current study has some limitations, such as the self-reported nature of dietary data. This may have resulted in over or underestimation of the association.

Secondly, the scientists did not have any data on the method of food preparation. Whether the meat was fried or non-fried may have impacted the health outcomes.

Thirdly, the study only used one dietary measurement at the beginning of the study, but the dietary habits of the participants may have changed over time.

Finally, residual confounding, the observational nature of the study, and the fact that the data may only be limited to U.S. adults are further shortcomings of this research. Still, Zhong and team conclude:

“The findings of this study appear to have critical public health implications given that dietary behaviors are modifiable, and most people consume these four food types on a daily or weekly basis.”