‘The damage you are doing to families is terrible’: Angry mother of ill girl, 3, confronts Health Secretary Steve Barclay and says she’s ‘scared’ her daughter may die young because of Government’s NHS strategy

Steve Barclay was today confronted by an angry mother who said she is ‘scared’ No10’s handling of the NHS could see her daughter die young.

The Health Secretary met with Sarah Pinnington-Auld at King’s College Hospital in London today, a day before nurses go on strike again across the country.

Ms Pinnington-Auld seized the opportunity to tell him she worries about treatment for her three-year-old daughter Lucy, who suffers with cystic fibrosis.

She told him the ‘damage you are doing to families like myself is terrible’. 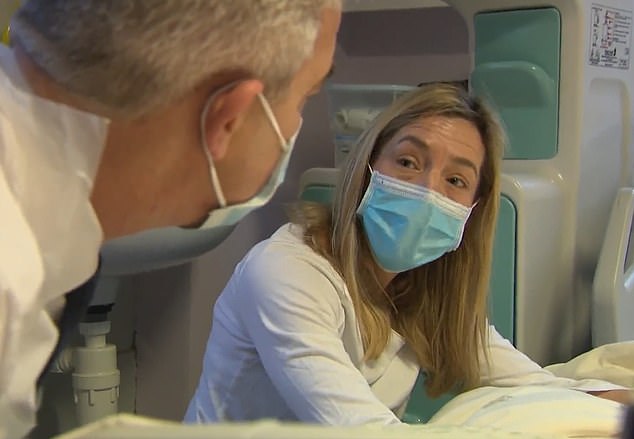 Steve Barclay met with Sarah Pinnington-Auld (pictured) at King’s College Hospital in London today, a day before nurses go on strike again across the country 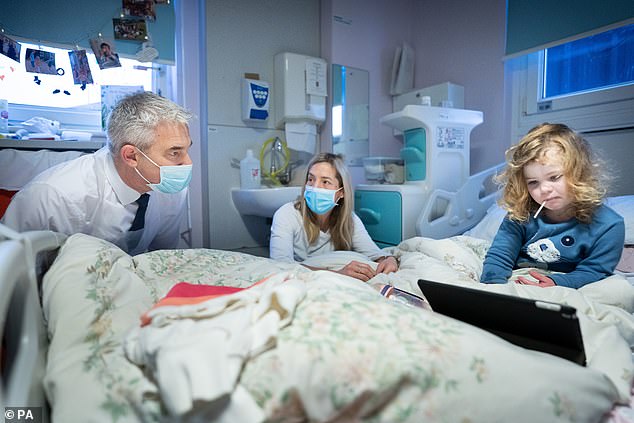 Ms Pinnington-Auld seized the opportunity to tell him she worries about treatment for her three-year-old daughter Lucy, who suffers with cystic fibrosis

Ms Pinnington-Auld said: ‘Her care here has been absolutely amazing. The doctors, the nurses, everyone on the ward, they’re brilliant.

‘I think for me, that’s what’s really upsetting, actually, because we have a daughter with a life limiting, a life shortening condition. We have some brilliant experts, and they’re being worked to the bone and actually, the level of care they provide is amazing.

‘But they’re not being able to provide it in the way they want to provide it, because the resources are not there.’

She added: ‘Like I said on Monday, we were due to be in and the number of people coming through the door is too many and it’s not fair to blame on the pandemic anymore, is it?

‘And actually, the damage that you’re doing to families like myself is terrible because it was agony for us as a family waiting for that call and preparing our children for their sister and her hospital visits for it to be canceled.

‘I know you’re looking at all numbers, but actually, people waiting for care.

‘And I want to reiterate the staff are absolutely incredible. We’re so lucky as a nation to have this NHS, you know, it was in our 2012 Olympic opening games. That’s how proud we are.

‘I feel like we criticise it all the time and we are moving towards a privatised system. Very like America, where the disparity in health service between the rich and poor is far.’