Public health departments, which have struggled for months to test and trace everyone exposed to the novel coronavirus, are now being told to prepare to distribute COVID-19 vaccines as early as Nov. 1.

In a four-page memo this summer, the federal Centers for Disease Control and Prevention told health departments across the country to draft vaccination plans by Oct. 1 “to coincide with the earliest possible release of COVID-19 vaccine.”

The CDC’s director, Dr. Robert Redfield, also wrote to governors last week about the urgent need to have vaccine distribution sites up and running by Nov. 1, McClatchy first reported. Redfield asked governors to expedite the process for setting up these facilities.

But health departments that have been underfunded for decades say they currently lack the staff, money and tools to educate people about vaccines and then to distribute, administer and track doses to some 330 million people. Nor do they know when, or if, they’ll get federal aid to do that.

“There is a tremendous amount of work to be done to be prepared for this vaccination program and it will not be complete by Nov. 1,” said Dr. Kelly Moore, associate director of immunization education at the Immunization Action Coalition, a national vaccine education and advocacy organization based in St. Paul, Minnesota. “States will need more financial resources than they have now.”

Dozens of doctors, nurses and health officials interviewed by KHN and The Associated Press expressed concern about the country’s readiness to conduct mass vaccinations, as well as frustration with months of inconsistent information from the federal government.

The gaps include figuring out how officials will keep track of who has gotten which doses and how they’ll keep the workers who give the shots safe, with enough protective gear and syringes to do their jobs.

With only about half of Americans saying they would get vaccinated, according to a poll from AP-NORC Center for Public Affairs Research, it also will be crucial to educate people about the benefits of vaccination, said Molly Howell, who manages the North Dakota Department of Health’s immunization program.

The unprecedented pace of vaccine development has left many Americans skeptical about the safety of COVID-19 immunizations; others simply don’t trust the federal government.

“We’re in a very deep-red state,” said Ann Lewis, CEO of CareSouth Carolina, a group of community health centers that serve mostly low-income people in five rural counties in South Carolina. “The message that is coming out is not a message of trust and confidence in medical or scientific evidence.”

Paying for the Rollout

The U.S. has committed more than $10 billion to develop new coronavirus vaccines but hasn’t allocated money specifically for distributing and administering vaccines.

And while states, territories and 154 large cities and counties received billions in congressional emergency funding, that money can be used for a variety of purposes, including testing and overtime pay.

An ongoing investigation by KHN and the AP has detailed how state and local public health departments across the U.S. have been starved for decades, leaving them underfunded and without adequate resources to confront the coronavirus pandemic. The investigation further found that federal coronavirus funds have been slow to reach public health departments, forcing some communities to cancel non-coronavirus vaccine clinics and other essential services.

States are allowed to use some of the federal money they’ve already received to prepare for immunizations. But KHN and the AP found that many health departments are so overwhelmed with the current costs of the pandemic — such as testing and contact tracing — that they can’t reserve money for the vaccine work to come. Health departments will need to hire people to administer the vaccines and systems to track them, and pay for supplies such as protective medical masks, gowns and gloves, as well as warehouses and refrigerator space.

CareSouth Carolina is collaborating with the state health department on testing and the pandemic response. They used federal funding to purchase $140,000 retrofitted vans for mobile testing that they plan to continue to use to keep vaccines cold and deliver them to residents when the time comes, said Lewis.

But most vaccine costs will be new. 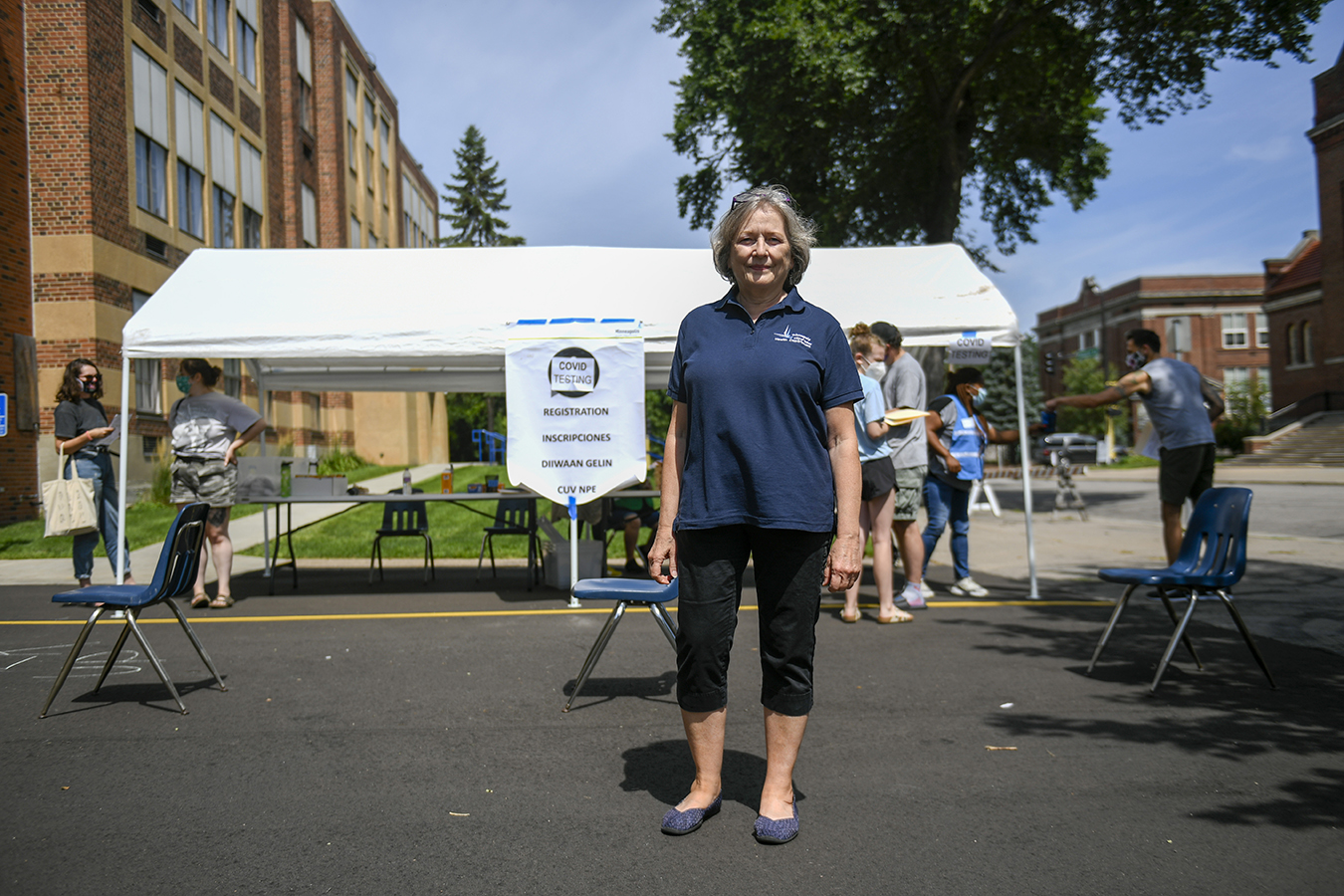 Minneapolis Health Commissioner Gretchen Musicant visits a COVID-19 testing event at Incarnation-Sagrado Corazon Church on Aug. 15, 2020, in Minneapolis. As the coronavirus spread through Minneapolis this spring, Musicant tore up her budget to find money to combat the crisis. It was not until Aug. 5 — months after Congress approved the pandemic relief aid — that her department received $1.7 million, the equivalent of $4 per Minneapolis resident.(AP Photo/Craig Lassig)

Some federal funds will expire soon. The $150 billion that states and local governments received from a fund in the CARES Act, for example, covers only expenses made through the end of the year, said Gretchen Musicant, health commissioner in Minneapolis. That’s a problem, given vaccine distribution may not have even begun.

Although public health officials say they need more money, Congress left Washington for its summer recess without passing a new pandemic relief bill that would include additional funding for vaccine distribution.

“States are anxious to receive those funds as soon as possible, so they can do what they need to be prepared,” Moore said. “We can’t assume they can take existing funding and attempt the largest vaccination campaign in history.”

Then there’s the basic question of scale. The federally funded Vaccines for Children program immunizes 40 million children each year. In 2009 and 2010, the CDC scaled up to vaccinate 81 million people against pandemic H1N1 influenza. And last winter, the country distributed 175 million vaccines for seasonal influenza vaccine, according to the CDC.

But for the U.S. to reach herd immunity against the coronavirus, most experts say, the nation would likely need to vaccinate roughly 70% of Americans, which translates to 200 million people and — because the first vaccines will require two doses to be effective — 400 million shots.

Although the CDC has overseen immunization campaigns in the past, the Trump administration created a new program, Operation Warp Speed, to facilitate vaccine development and distribution. In August, the administration announced that McKesson Corp., which distributed H1N1 vaccines during that pandemic, will also distribute COVID-19 vaccines to doctors’ offices and clinics.

“With few exceptions, our commercial distribution partners will be responsible for handling all the vaccines,” Operation Warp Speed’s Paul Mango said in an email.

“We’re not going to have 300 million doses all at once,” said Mango, deputy chief of staff for policy at the Health and Human Services Department, despite earlier government pledges to have that many doses ready by the new year. “We believe we are maximizing our probability of success of having tens of millions of doses of vaccines by January 2021, which is our goal.”

Amesh Adalja, a senior scholar at the Johns Hopkins Center for Health Security, said it will take time for the vaccines to be widespread enough for life to return to what’s considered normal. “We have to be prepared to deal with this virus in the absence of significant vaccine-induced immunity for a period of maybe a year or longer,” Adalja said in August.

In preliminary guidance for state vaccine managers, the CDC said doses will be distributed free of charge from a central location. Health departments’ local vaccination plans may be reviewed by both the CDC and Operation Warp Speed.

The CDC spent two days working with vaccine planners in five locations — North Dakota, Florida, California, Minnesota and Philadelphia — to discuss potential obstacles and solutions. No actual vaccines were distributed during the planning sessions, which focused on how to get vaccines to people in places as different as urban Philadelphia, where pharmacies abound, and rural North Dakota, which has few chain drugstores but many clinics run by the federal Indian Health Service, said Kris Ehresmann, who directs infectious disease control at the Minnesota Department of Health.

Those planning sessions have made Ehresmann feel more confident about who’s in charge of distributing vaccines. “We are getting more specific guidance from CDC on planning now,” she said. “We feel better about the process, though there are still a lot of unknowns.”

Still, many public health departments will struggle to adequately track who has been vaccinated and when, because a lack of funding in recent decades has left them in the technological dark ages, said Dr. Marcus Plescia, chief medical officer at the Association of State and Territorial Health Officials.

In Mississippi, for example, health officials still rely on faxes, said the state’s health officer, Dr. Thomas Dobbs. “You can’t manually handle 1,200 faxes a day and expect anything efficient to happen,” he said.

When COVID-19 vaccines become available, health providers will need to track where and when patients receive their vaccines, said Moore, the medical director of Tennessee’s immunization plan during the H1N1 influenza pandemic in 2009 and 2010. And with many different shots in the works, they will need to know exactly which one each patient got, she said.

The CDC will require vaccinators to provide “dose-level accounting and reporting” for immunizations, so that the agency knows where every dose of COVID-19 vaccine is “at any point in time,” Moore said. Although “the sophistication of these systems has improved dramatically” in the past decade, she said, “many states will still face major challenges meeting data tracking and reporting expectations.”

The CDC is developing an app called the Vaccine Administration Monitoring System for health departments whose data systems don’t meet standards for COVID-19 response, said Claire Hannan, executive director of the Association of Immunization Managers, a nonprofit based in Rockville, Maryland.

“Those standards haven’t been released,” Hannan said, “so health departments are waiting to invest in necessary IT enhancements.” The CDC needs to release standards and data expectations as quickly as possible, she added.

Meanwhile, health departments are dealing with what Minnesota’s Ehresmann described as “legacy” vaccine registries, sometimes dating to the late 1980s.

Overwhelmed public health teams are already working long hours to test patients and trace their contacts, a time-consuming process that will need to continue even after vaccines become available.

When vaccines are ready, health departments will need more staffers to identify people at high risk for COVID-19, who should get the vaccine first, Moore said. Public health staff also will be needed to educate the public about the importance of vaccines and to administer shots, she said, as well as monitor patients and report serious side effects.

At an August meeting about vaccine distribution, Dr. Ngozi Ezike, director of Illinois’ health department, said her state will need to recruit additional health professionals to administer the shots, including nursing students, medical students, dentists, dental hygienists and even veterinarians. Such vaccinators will need medical-grade masks, gowns and gloves to keep those workers safe as they handle needles amid the contagious coronavirus.

Many health officials say they feel burned by the country’s struggle to provide hospitals with ventilators last spring, when states found themselves bidding against one another for a limited supply. Those concerns are amplified by the country’s continuing difficulties providing enough testing kits; supplying health workers with personal protective equipment; allocating drugs such as remdesivir; and recruiting contact tracers — who track down everyone with whom people diagnosed with COVID-19 have been in contact.

Although Ehresmann said she’s concerned Minnesota could run out of syringes, she said the CDC has assured her they will provide them.

Given that vaccines are far more complex than personal protective equipment and other medical supplies — one vaccine candidate must be stored at minus 94 degrees Fahrenheit — Plescia said people should be prepared for shortages, delays and mix-ups.

“It’s probably going to be even worse than the problems with testing and PPE,” Plescia said.

This story is a collaboration between The Associated Press and KHN.

[Update: This story was revised at 4 p.m. ET on Sept. 2, 2020, to clarify the nature of the planning meetings the CDC had with officials from North Dakota, Florida, California, Minnesota and Philadelphia. The local officials need to submit plans by Oct. 1.] 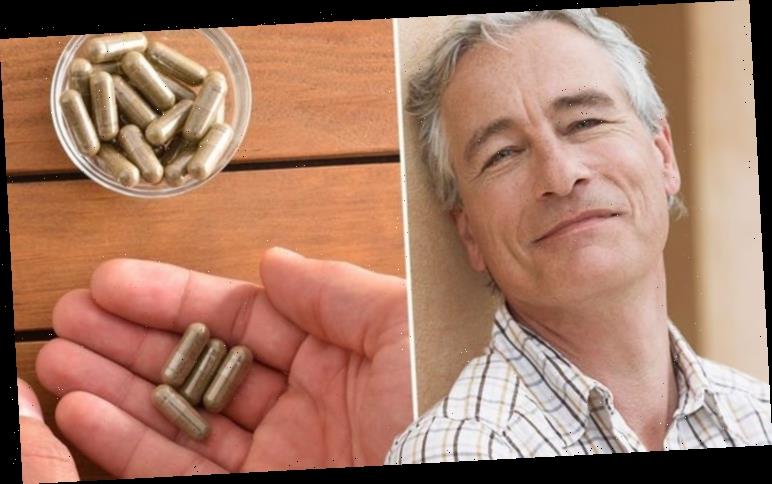