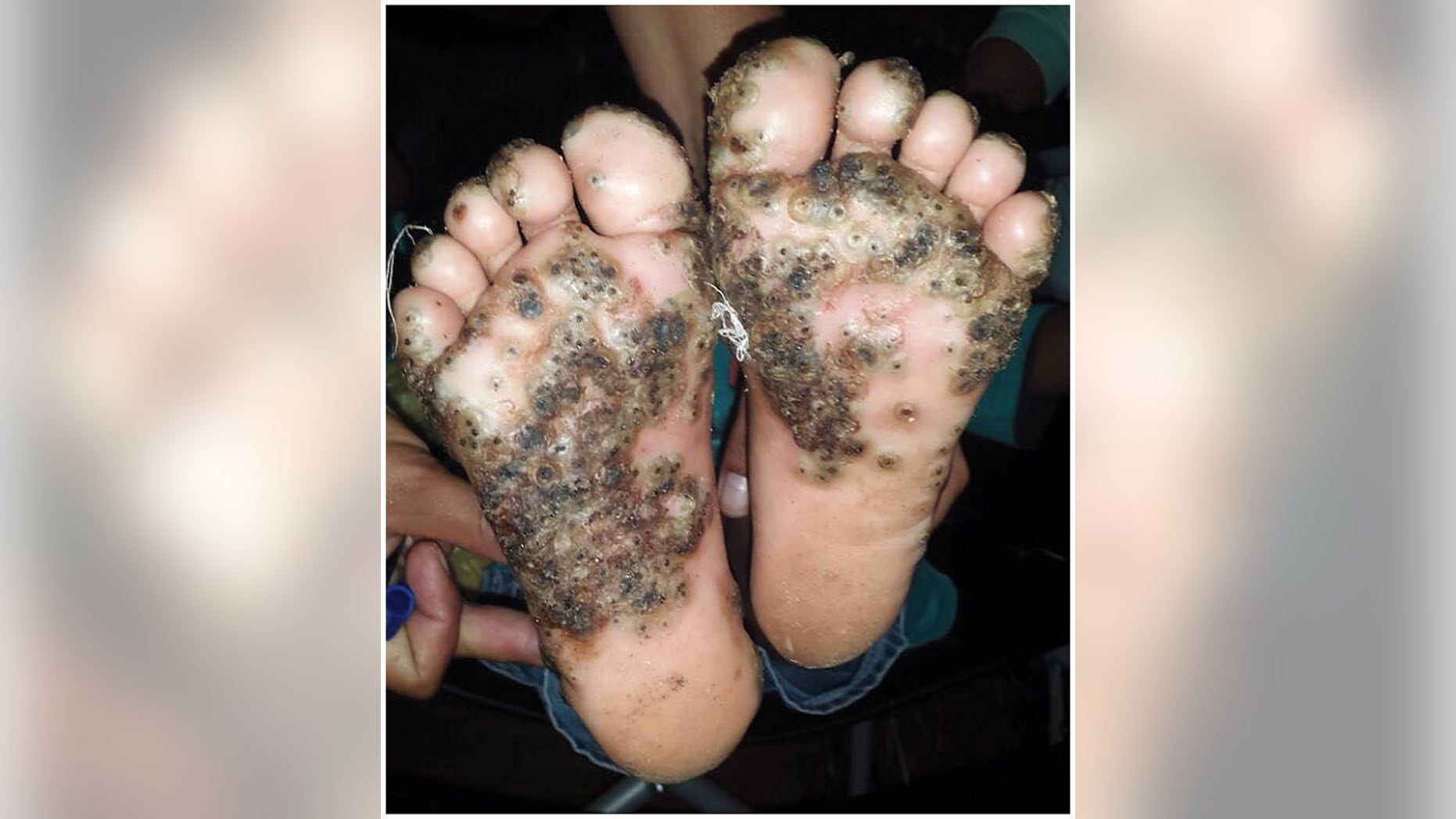 The girl, who had traveled to Brazil with her family two-weeks prior to visiting a health clinic, reported running through a pigsty with no shoes on.
(New England Journal of Medicine 2019)

A 10-year-old girl who had developed itchy, painful brown-colored papules on the bottom of her feet was actually suffering from a parasitic sand flea infestation. The girl, who had traveled to Brazil with her family two-weeks prior to visiting a health clinic, reported running through a pigsty with no shoes on.

Her case, which was published in the New England Journal of Medicine, included a 10-day history of pain and itchiness before she sought care. Doctors then removed the sand fleas from the bottom of her foot and diagnosed her with tungiasis.

Tungiasis is a cutaneous parasitosis caused by the female sand flea, which burrows into the skin, according to the World Health Organization (WHO). Cases predominately involve the toes, sole, rim of the foot and heels, with itching and irritation a common complaint among patients. The girl, who was not named in the case report, had received vaccines for tetanus before infection. Illness related to the infection is not well-documented, according to WHO.

In the girl’s case, doctors treated her wounds after the fleas were removed, and her feet healed with no complications.