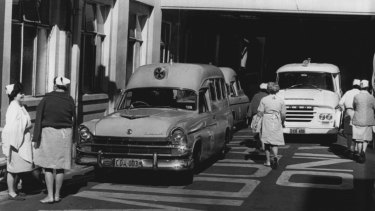 First published in the Sydney Morning Herald on April 27, 1968

A surgical team in Sydney has carded out Australia's first liver transplant. The operation took place at Sydney Hospital on Tuesday. The patient, a 45-year-old man, is in a critical condition.

"The recipient is a patient 45 years of age and father of five children, who is suffering from advanced liver failure. 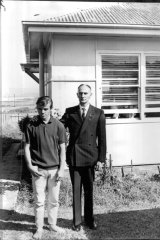 "His condition had been thoroughly investigated by a team of specialists who felt that his prognosis of survival could be measured in weeks only.

"The donor was suffering from an incurable disease and died in Sydney Hospital on the day of the above operation.

"The liver was used for transplantation with the full approval of the relatives of the deceased.

"The transplantation operation occupied a period of eight hours and was performed according to a detailed plan and without complication.

"Owing to the serious nature of the patient's disease and the length of the operation, the patient must be regarded as critically ill for the time being."

Dr Shephard said that more details of the operation would be given at a Press conference today.

It us understood that the surgical team has been waiting for a suitable donor for the operation since before Easter.

The surgeon in charge of the renal unit at the Royal Melbourne Hospital, Mr Vernon Marshall, said tonight that the Sydney operation was "very exciting news."

Mr Marshall said about half a dozen successful liver transplants had been performed in the United States in last 12 months.

He said the operation was technically as difficult as or even more difficult than a heart transplant.

"The technical problems are enormous," he said, "but it appears that the rejection rate is not as great as with kidney transplants."

Mr Marshall said three or four of the people who had undergone liver transplants in the United States were now leading normal lives. 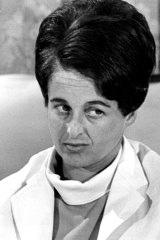 Despite all his efforts to avoid it, the spotlight in Sydney's history-making liver transplant operation falls directly on 34-year old Mr Ainslie Sheil. He is Mr not Dr in the surgeon's tradition but trying hard to keep within another medical tradition – anonymity. A 1958 Rhodes Scholar, Mr Sheil worked extensively overseas in kidney transplants before returning to Australia in 1965.

The "combined effort" was the work, in the words of Sydney Hospital's Medical Superintendent, Dr D. A. R. Shepherd, of the heads of all the hospital's departments, including haematology, anaesthesia, pathology, urology, and nursing and paramedical staffs.

The hospital's Director of Haematology, Dr Susan Gordon, 39, who has held the position of director since 1964, was responsible for tissue matching processes in conjunction with the Red Cross Blood Rank.