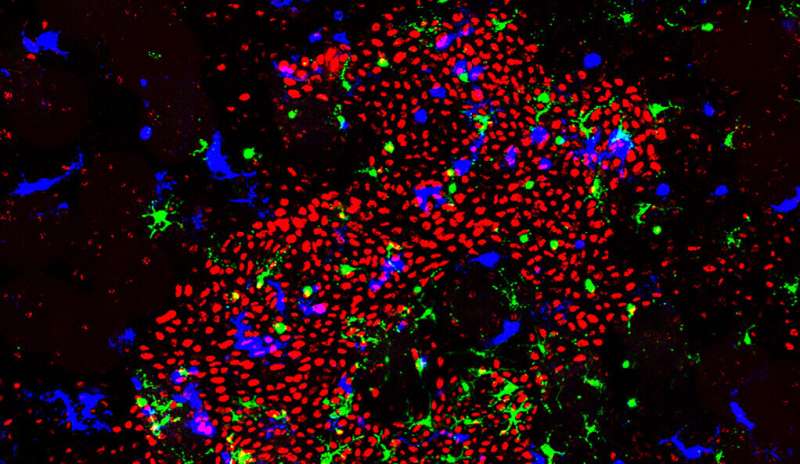 The discovery, reported in the journal Proceedings of the National Academy of Sciences, may offer new treatment pathways for people who are most at risk for skin cancer, such as transplant patients and fair-skinned individuals.

The new study is the culmination of a five-year research effort by the lab of Dr. Michael Girardi, a professor and vice chair of dermatology at Yale School of Medicine. The first author of the study is Julia Lewis, a research associate in Girardi’s lab.

The driving force behind skin cancers such as squamous cell carcinoma is ultraviolet (UV) light from the sun. UV energy causes mutations in skin cells and those mutated cells proliferate before eventually growing into skin cancer.

But they get help from an unlikely source.

“All of this happens microscopically, before any visible tumor is apparent on the skin,” Girardi said. “These are very early events in the development of skin cancer.”

Girardi said that during chronic UV exposure to the skin, Langerhans cells, a type of immune cell found in the epidermis, stimulate other immune cells to produce the growth factors including interleukin-22. Normally, interleukin-22 helps to repair damaged skin; but in this instance, it gives precursor cancer cells safe harbor to multiply.

Importantly, Girardi’s team discovered that all of the immune cells involved in the process expressed a protein called RORγt. The researchers found that when they applied an RORγt inhibitor to the skin’s surface, it greatly reduced the growth of the mutated cells.