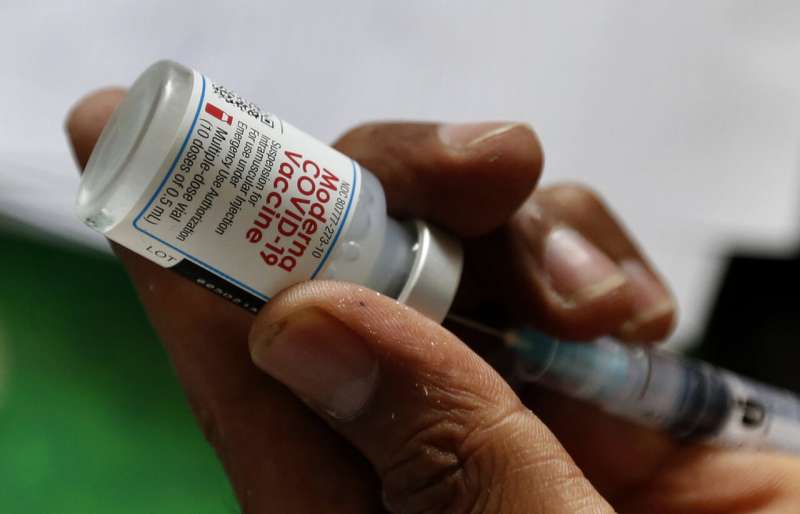 A top official at the European Medicines Agency said a decision on whether to recommend that Moderna’s COVID-19 vaccine be authorized for children is expected late next week. If approved, it would be the first such license for the shot’s use in children globally.

At a press briefing on Thursday, Dr. Marco Cavaleri, the EU drug regulator’s head of vaccines strategy, said its expert committee was currently evaluating Moderna’s application to extend the use of its coronavirus vaccine for children 12 to 17 years old.

“We expect that the committee will reach a conclusion by the end of next week,” he said.

Moderna’s vaccine was given the green light for use in anyone 18 and over across the 27-nation European Union in January. It has also been licensed in countries including Britain, Canada and the U.S., but so far its use has not been extended to children. To date, the vaccine made by Pfizer-BioNTech is the only one approved for children under 18 in Europe and North America.

The EMA said last week there was a ” possible link ” between the vaccines made by Moderna and Pfizer-BioNTech to very rare cases of chest and heart inflammation, mostly in younger adult men. They said the effects were mostly temporary and that the benefits of vaccination still far outweighed the risks of COVID-19.

Last week, European Commission President Ursula von der Leyen said the EU has now delivered enough vaccines to immunize 70% of its adult population and many countries are looking to inoculate children, despite the significantly lower risk they face from COVID-19.

Although Britain’s regulatory agency has authorized the Pfizer-BioNTech vaccine for children, its vaccine advisory group has yet to recommend that teens be immunized. Moderna has also filed for its vaccine to be licensed for younger teens and children in the U.S.

Many public health officials say rich countries should donate their vaccines once their adult populations are covered, pointing out that millions of people in developing countries at high risk of the disease, including health workers and the elderly, have yet to receive a single shot.