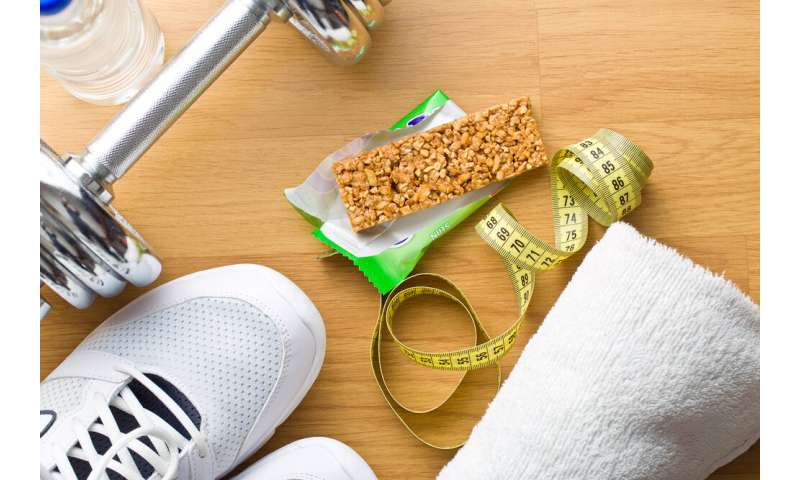 Meal-replacement diets, where some meals are replaced with soups, shakes or bars, have been making a comeback. They first took off during the early days of space travel when the public became obsessed with the idea of a nutritionally complete meal in a single drink or bar. These products remained popular for most of the 70s and 80s, but gradually fell from favour as people began to question the health benefits of these diets.

There are many myths surrounding meal-replacement diets, so we set out to scrutinise the evidence. Drawing on our own research and that of others, we can now debunk some of these myths.

Swapping some of your usual meals, which might contain between 500-800 calories, with meal replacement products that typically contain 200-300 calories each, helps reduce your daily calorie intake. It is this calorie control that is the key feature of any successful weight-loss diet. Since the meal replacement products are calorie and portion controlled, it’s a lot easier to follow this type of diet than one where calories have to be calculated.

2. I’ll be limited to repetitious shakes

Meal-replacement products have come a long way from chalky-tasting shakes that only come in one flavour. Today there is a wide range of products to choose from, including the traditional shakes in flavours to suit all tastes (including vanilla chai and mint choc chip), soups, bars, smoothies and even some prepackaged meals, meaning that your diet won’t be dull or boring.

Although only a few of the studies included in our latest review reported on long-term follow up (which is common for diet and weight loss studies), the studies that did have a longer follow up showed that people who followed a programme that included meal replacements weighed less than when they began the programme up to four years later.

Some people believe that diets that limit the intake of “real food” can cause headaches, insomnia, fatigue, constipation and diarrhoea. But these are common side effects associated with many forms of dieting and are not limited to the use of meal replacements.

In our latest review, although many studies did not report harms, the studies that did report harms found no evidence that using meal replacements for weight loss caused any more serious side effects than other sorts of weight-loss programmes (including traditional diets using real food).

6. I’ll feel hungry all the time

Meal-replacement products are formulated to be high in protein and fibre, both ingredients that have been shown to suppress appetite. Even though the portions look small, they fill you up so you won’t feel hungry and go seeking calorific snacks between meals.

7. I’ll end up with a poor quality diet

When people reduce the amount of food they eat in order to lose weight, it becomes more difficult to get the recommended intakes of nutrients that are essential for good health. However, our review found that the use of meal replacements in an energy restricted diet was not associated with any nutritional deficiencies. This is presumably because the meal replacements are fortified with vitamins and minerals to meet strict regulations on their composition.

8. I might lose weight but I’ll still be unhealthy

Our review showed that risk factors for disease including HbA1c, a blood marker used to diagnose type 2 diabetes, improved more in people using meal replacement than in those using other types of weight loss programme.