ASK THE GP: How to deal with ‘distressing’ rosacea, DR MARTIN SCURR answers your health questions

I have been diagnosed with rosacea and am finding it very, very distressing. I use various creams and antibiotics but the condition is not improving. I am desperately low and cannot go out.

You have my sympathy, as clearly you find this condition extremely distressing. It is easy for others to expect those with a cosmetic disorder such as rosacea to just put up with it. But this kind of thing can strike a deep blow to self-confidence, and we’d all want to get rid of it if we could.

Rosacea causes persistent redness and acne‑like inflammatory spots on the cheeks, nose, chin and forehead. This can be exacerbated by flushing caused by anxiety — setting up a vicious circle, where the very distress of having the condition is worsening its appearance. 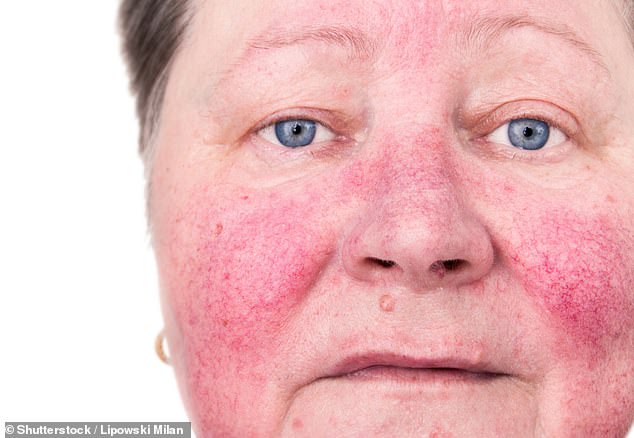 Rosacea is a chronic (long-term) condition. For some sufferers, the symptoms may periodically lessen, then flare up again.

By the way… Nosebleed drug will cut brain injury deaths

Our brains are the most complex machine ever studied, with more than 86 billion nerve cells and enough information processing capacity to hold the data from three million hours of TV.

Yet, physically, the brain is no stronger than a blancmange in a tin box; and when given a good shake, blood vessels will tear and cause bleeding within the closed container of the skull.

This is why any impact of significance to the head will cause bleeding within the brain, or between the brain and the skull, with an increase in pressure that can be lethal. (Just last month it was confirmed that ‘minor’ but accumulative damage caused by heading a football can raise the risk of professional players developing dementia.)

Now it appears there may be a safe, reliable and effective treatment for sudden traumatic brain injury — following an accident, for instance.

Tranexamic acid has been used for decades in treating nosebleeds, haemorrhage following dental extraction and for women with heavy menstruation.

The same drug given by injection is effective when used on patients suffering blood loss as a result of major trauma. And the sooner it is administered the better.

Road accidents and falls are the main causes, and although bleeding starts from the moment of impact, it continues for hours after the injury.

The study, conducted in 175 hospitals in 29 countries, has shown that the death rate of patients with this type of injury is reduced significantly by the drug.

This represents a ground-breaking advance, and paramedics will soon be using tranexamic acid for brain injury.

A brilliant yet simple finding that will save many lives.

The cause is not fully understood. Some experts believe abnormalities of the blood vessels in the face are at the heart of the condition; others think the skin’s immune system may be at fault.

Another possibility is that the symptoms are caused by a microscopic mite called Demodex folliculorum, which lives harmlessly in the pores of the skin. People with rosacea have unsually high numbers of the mite, and there is speculation that symptoms are due to their skin reacting to the mites’ waste.

Given what you are going through, it will feel harsh to hear this but there is no cure, although there are long-term treatments that are usually successful at suppressing the symptoms.

Oral antibiotics are often effective, and you say in your longer letter that you are already taking one, doxycycline.

There is also a long history of success with the topical medications metronidazole and azelaic acid.

More recently, brimonidine gel (brand name Mirvaso) — originally designed to treat glaucoma — has also proved effective in reducing and even abolishing the redness of rosacea by narrowing the blood vessels, and thus reducing the flow of blood to the face.

Patients with rosacea have very sensitive facial skin and so have difficulty tolerating many skincare products. So wash your face using a non-soap cleanser (for example, Cetaphil, which is available at most pharmacies) and avoid toners, astringents, or any alcohol-based gel or lotion.

When moisturising, use a mild emollient — a medical moisturiser — twice daily.

Research suggests that emollients containing glycyrrhetinic acid, derived from liquorice root, have anti-inflammatory actions, which will help with the redness (for instance, Atopiclair, available over the counter).

I also advise avoiding anything that you find worsens your symptoms, be it the direct sunlight, hot drinks or alcohol.

Your GP may agree to refer you to a consultant dermatologist for advice about the best treatment combination.

I would also urge you to discuss the possibility of referral to a therapist such as a psychodermatolgist for cognitive behavioural therapy to help you cope with the emotional trauma.

Given that your facial redness is undoubtedly being worsened by your emotional distress, this is an entirely reasonable request and will almost certainly lead to an improvement in your skin. 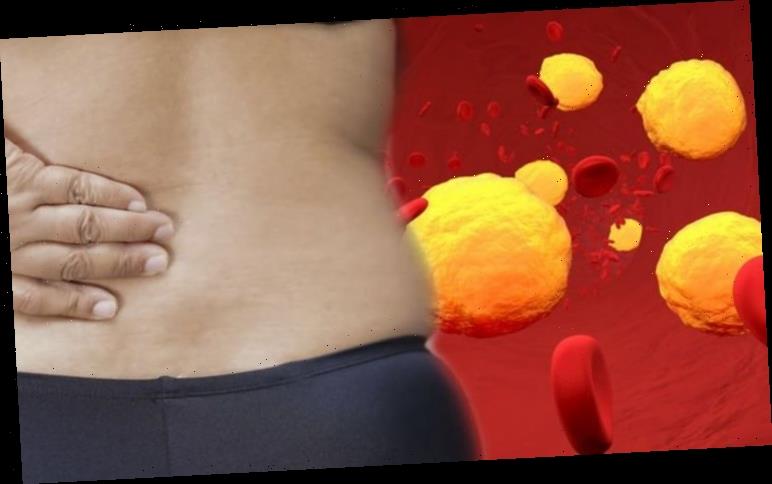 High cholesterol: Pain in these four areas could signal your levels are dangerously high