British families desperate to get medicine for their children with cystic fibrosis have taken inspiration from the 2013 movie, Dallas Buyers Club.

Orkambi works by regulating the balance of salt and water in the lungs of cystic fibrosis patients, whose lungs gradually fill with mucous.

Although approved for use in the UK, therefore legal to use, the drug is not available on the NHS because it’s so expensive.

Left with no alternative while the US manufacturer and NHS lock horns in a price war, parents have resorted to importing medication from Argentina.

They have banded together to ship a generic version of the drug over from South America, which is thought to be more than 80 per cent cheaper.

The turn of events echoes the Oscar-winning film in which Matthew McConaughey played an HIV patient who smuggled drugs into the US to help himself and others with the disease. 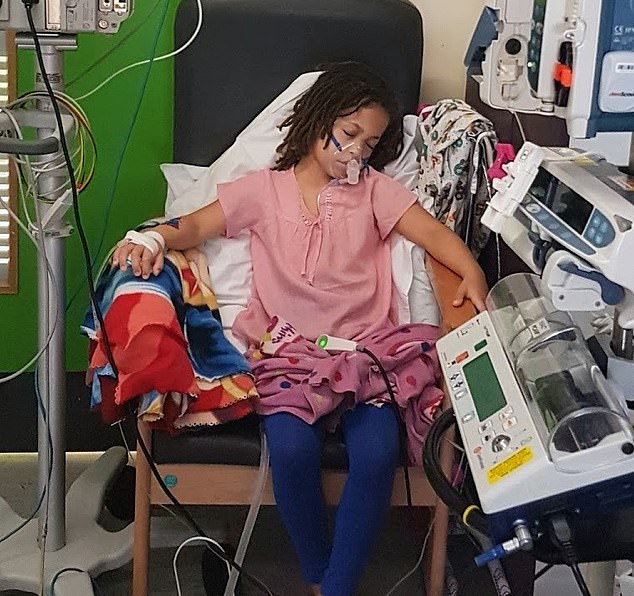 Shiloh Howells, nine, has cystic fibrosis and her lungs have about 60 per cent function and are so fragile she is expected to need a double lung transplant by the time she turns 12. Her mother said it is ‘heartbreaking’ to know Orkambi exists but she can’t get it on the NHS

‘There can be no more time waiting for those sides to reach an agreement,’ one mother, Christina Walker, told BBC Newsnight.

‘My son has lost 20 per cent of his lung function in one year. He needs treatment soon.’

Orkambi’s manufacturer, Vertex, lists the drug as costing £104,000 per person per year, although it is believed to be offered to the NHS at a lower price.

The English health service has offered Vertex £500million for a five-year supply for the nation but was turned down by the Boston-based firm.

The NHS in Scotland is closer to reaching an agreement to access the drug through an individual application scheme, but negotiations have stalled in the rest of the UK.

Now the buyers’ club, which meets in East London, is negotiating with Argentinian firm Gador, which makes another version of the same medicine. 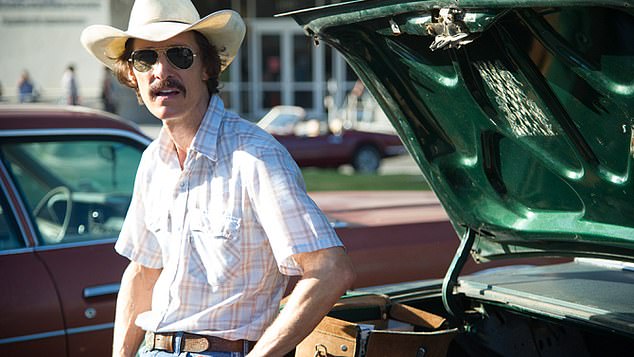 Parents in the UK have taken inspiration from Dallas Buyers Club, in which Matthew McConaughey plays Ron Woodrof, a man who is diagnosed with HIV and begins smuggling medication into the US and selling it to other people with the infection

‘PATIENTS SHOULD BE GIVEN ORKAMBI AS SOON AS POSSIBLE’

Shiloh Howells, nine, has cystic fibrosis (CF) and her lungs are so fragile she is expected to need a double lung transplant by the age of 12.

Doctors say her condition is far worse than many CF patients her age, and she has already had surgery to remove part of her right lung.

Her mother, Nichola, 40, said just knowing Orkambi exists but is out of reach is heartbreaking, considering it could preserve what lung function Shiloh has left.

‘If she had that drug, within a year who knows what an improvement it would make.

‘It’s soul destroying for us. It’s money and finance over a life. We are angry and frustrated.’ 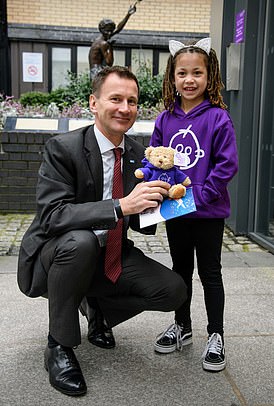 During Shiloh’s longest stay, aged eight, she stayed for three months when her lung function dropped to 36 per cent.

Her baseline lung function is 60 per cent, but it used to sit around the 75 per cent mark.

Ms Howells added: ‘Her lungs are already very delicate. To prevent other stories like hers, patients should be given Orkambi as early as possible.

‘CF is all about prevention. We are forever throwing medication at the sufferers to try and make them as comfortable as we can. But Orkambi tackles the genetic side.’

Lucaftor has been confirmed to be the same as Orkambi and Gador will sell it to families for just £23,000 per patient per year.

Around 3,000 patients in the UK are thought to be able to benefit from the medicine.

Dr Andrew Hill, a pharmacologist at Liverpool University, has worked with the families setting up the buyers’ club.

He said: ‘The people with that disease are stuck.

‘Very very few people know about this, but there are people who have hepatitis C, people with pulmonary fibrosis, people with certain cancers who are importing the drug [they need for their condition] from foreign countries.’

Attempts to get Orkambi, or Lucaftor, are a race against time because the drug is more effective the earlier on in their disease a patient starts taking it.

Families desperate to get it on the NHS have called for the NHS to disregard the US’s patent for the drug and start buying a generic form of it, The Guardian reported.

One father, Rob Long, has been buying branded Orkambi from Vertex for his son, Aidan, for a year.

He said he forked out for the real thing because his nine-year-old son’s health is ‘paramount’.

And Aidan was better protected from infection when he was unable to do vital physiotherapy after breaking both his arms trampolining last year.

After Mr Long discovered Lucaftor, the Argentinian alternative, he revealed it to other parents going through the same thing and sparked the idea for the buyers’ club.

He said everybody who needs the drug should be able to get it, but worried the US Government would intervene if the UK tried to shake off the patent.

A Vertex spokesperson told The Guardian: ‘We have been open to discussing multiple options and flexibilities which would allow cystic fibrosis patients to access currently approved medicines.

‘Companies who claim to be able to produce a product similar to Orkambi have not had to bear the cost of drug discovery and development; though it should be noted that even at a 70-80 per cent cost reduction from the list price, this is still higher than the amount NHS England offered to pay for Orkambi in 2018.’

A Department of Health and Social Care spokesperson added: ‘It is absolutely right that patients should have access to cost-effective, innovative medicines on the NHS at a price we can afford.

Orkambi is a medication licensed for use by people in the UK with cystic fibrosis, but it is not offered on the NHS except in extreme circumstances.

The drug targets the F508del gene mutation, which affects about 50 per cent of all people with cystic fibrosis.

It is made of a combination of drugs – lumacaftor and ivacaftor – which work together to keep a healthy balance of salt and water in the lungs.

There may be more than 3,000 people with life-limiting cystic fibrosis in the UK who could benefit from the drug.

But the National Institute for Health and Care Excellence (Nice) said in 2016  may not be cost-effective enough, at £104,000 per patient per year, to be offered on the NHS.

More than 117,000 people have signed a petition calling on the Government to make Orkambi available on the NHS, and Parliament discussed the petition in March this year.

Nice is expected to review its stance on the drug in July 2019.

Daniel Bodio, an engineer from Swindon in his mid-30s, was prescribed the drug on compassionate grounds.

He said it improved his lung function from 25 per cent – when he was facing having to have a transplant – to 39 per cent within three weeks.

He told MailOnline last year: ‘The drug should be available to everyone – it brings normality to what is otherwise a difficult existence.’