Having rarely been ill over his hugely successful career on and off the pitch, the 47-year-old revealed his condition to his 74 million fans on Instagram. Alongside the photos of his beloved pooches he wrote: “Hay fever kicked in today.” Hay fever is the common name for allergic rhinitis, an allergy that arises when the body overreacts to allergens and causes inflammation in the nose. Affecting around 21 million people in the UK alone every year, Express.co.uk speaks exclusively with eye health specialist and ophthalmologist Alastair Lockwood, to find out the common mistakes people with hay fever make, and the best tips for helping ease symptoms.

Going on to describe his problems with the condition, Beckham added: “My eyes are watering,” one of the most common symptoms of hay fever.

Most recently, Beckham has shared his own home-made remedy, which he has found “reduces symptoms”.

He explained: “The kids and my wife get it every year but this is the first time I’ve struggled with it. I’m making my own honey, though, which they say is one way of reducing the symptoms.”

Allergic rhinitis is often referred to as “seasonal” referring to the certain times of year that the allergy strikes.

However, for others hay fever can be an all-year round problem. This is known as “perennial hay fever”. 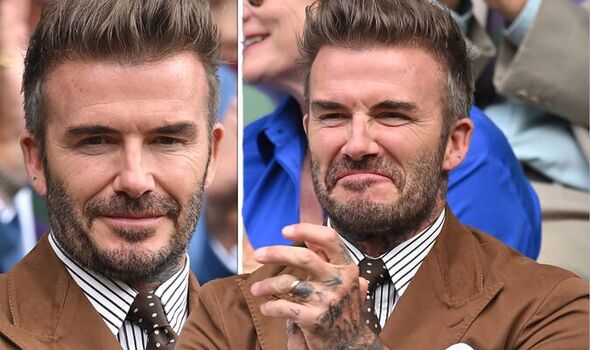 Alastair, who works at Feel Good Contacts explains that hay fever is caused by the immune system overreacting to the inhalation of the harmless allergens such as pollen, dust or pet dander. Once these triggers are detected, the body releases a substance called histamine into the bloodstream that aims to “protect” the body from these allergens.

“These histamines are behind the inflammation of the nasal passage, sinuses and eyelids, causing congestion that, while intended to stop the allergens from getting into your body, actually causes discomfort and irritation,” Alistair comments.

For those who suffer from seasonal hay fever, symptoms are typically worse in spring and summer, due to the extra pollen in the air.

Interestingly, pollen from trees is the usual suspect for triggering hay fever, while grass and weed pollen are much more likely to be behind the allergy in the summer.

Alistair continued to add: “In the summer months, pollen is in abundance in the air and can easily be inhaled, causing an allergic reaction within the nose and sinuses.

“Eyes can also be affected by pollen that gathers on them or on the skin around them, leading to discomfort and irritation.”

On the other hand, perennial hay fever allergies are more likely to be caused by other allergens than pollen. These can include:

Although symptoms of both perennial and seasonal hay fever are similar, there are some key differences that individuals should be aware of in order to distinguish between the two.

However, eyes can also display a number of uncomfortable symptoms, becoming red, itchy and watery when affected. For some, a part of the middle ear known as the eustachian tube, which connects the ear and the back of the nose, may become swollen.

As a result, hearing can be impaired, especially in children. Children may also develop chronic ear infections. 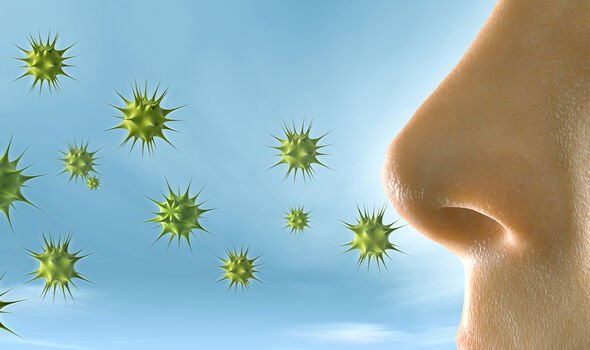 Other potential symptoms of hay fever can include:
Headache
Earache
General fatigue.

There are numerous treatments currently on the market that can target hay fever including eye drops which contain antihistamine, which works to relieve symptoms and bring down the allergy.

Commenting on potential treatment remedies, Alistair added: “Other OTC medicines you can find at your local chemists include antihistamine nasal sprays and antihistamine tablets. If you find that your symptoms don’t improve after you’ve used one of these medications, then you should visit your GP to discuss your condition.”

It is important to note that while there are simple and highly effective treatments available, there are also a few precautions individuals can take to protect themselves from hay fever.

Alistair’s top hay fever prevention tips for both seasonal and perennial include: