Researchers in Spain and the United States have proposed that an existing drug may help prevent an excessive, life threatening immune reaction to SARS-CoV-2 in susceptible individuals. 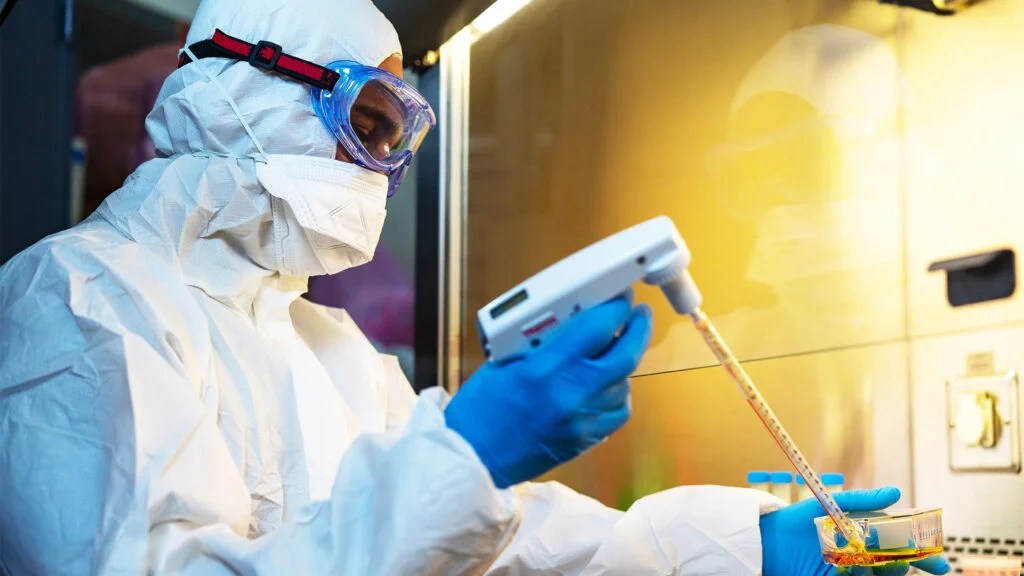 In people with severe COVID-19, which is the disease that SARS-CoV-2 causes, “hyperinflammation” exacerbates breathing difficulties and can lead to potentially fatal acute respiratory distress syndrome.

However, there is good evidence to suggest that drugs that reduce inflammation, such as the steroid dexamethasone, can save the lives of patients already on ventilators and those receiving supplemental oxygen.

Now, though, scientists at the University of Málaga in Spain and the University of California, Los Angeles, have proposed a novel way to identify patients at high risk of developing hyperinflammation and prevent it from occurring.

They hypothesize that healthcare providers could give an existing drug to such patients early in the infection to address the root cause of the excessive immune response.

Their proposal appears in the journal Cytokine & Growth Factor Reviews.

The researchers suggest that initial infection with the virus causes stress at the cellular level. In particular, this is stress involving an organelle within cells called the endoplasmic reticulum (ER).

The ER is where the cell manufactures its proteins. When a virus invades a cell, it hijacks this cellular machinery to make its own proteins.

In 2019, scientists discovered that SARS-CoV, which is the coronavirus that caused the 2002–2003 SARS outbreak, triggers an inflammatory response by making a particular protein.

Molecules of the protein stress the ER by clumping together. These insoluble aggregates either kill the cells directly or activate the innate immune system.

This branch of the immune system is the first line of defense against pathogens. It deploys signaling molecules called cytokines that recruit immune cells to the site of infection as part of an inflammatory response.

In the new paper, the researchers suggest that ER stress is also a feature of early SARS-CoV-2 infections. They also propose that a drug called 4-phenylbutyric acid (4-PBA), which healthcare providers use to treat urea cycle disorders, could prevent ER stress in COVID-19.

4-PBA acts as a “chemical chaperone,” stabilizing proteins and preventing them from clumping together.

By preventing ER stress in this way, the researchers say that it reduces the inflammatory response in a range of other conditions, including lung and cardiovascular disease, liver failure, pancreatitis, and diabetic encephalopathy.

They report that they recently developed a 4-PBA treatment for lung disease and tested it successfully in mice. However, they have not yet published their results.

The scientists speculate that people at high risk of developing severe COVID-19 — such as older adults and those with cardiovascular conditions, diabetes, or obesity — already have underlying ER stress in their cells.

They believe that this makes them especially vulnerable to further ER stress, and the resulting inflammation, if they contract SARS-CoV-2.

“When cells are stressed by infection, they call the cytokines, and the more stressed they are, the more persistent they become, provoking this uncontrolled inflammation,” explains senior study author Iván Durán, of the Department of Cell Biology, Genetics, and Physiology at the University of Málaga.

“Hence, one possible treatment for COVID-19 is to reduce cellular stress.”

Because 4-PBA is already an approved drug, the authors say that healthcare providers could start using it immediately in patients at high risk of cellular stress and hyperinflammation.

“There are people already [living with conditions] that cause cellular stress, and when they [contract] coronavirus, they are more likely to fall ill or die,” says Durán.

“Therefore, if we know that the patient [has] cellular stress, we can kill two birds with one stone: We can detect susceptibility before infection occurs and know how to treat it in due time.”

A protein in the ER called binding immunoglobulin protein (BiP) increases in concentration in response to cellular stress and finds its way into the bloodstream.

The study authors believe that healthcare providers could use the concentration of BiP in the blood to indicate a patient’s risk of developing hyperinflammation. They could also use it to measure the patient’s response to treatment with 4-PBA.

However, the authors caution that much more work is necessary to test their proposals.

“It is necessary to do further research to prove the inflammatory component of this model, but our results suggest that 4-PBA treatment could be used to prevent respiratory failure in COVID-19 patients if the ER stress is confirmed to be part of the mechanism.”

The team has secured funding to conduct in vivo and in vitro research into the inflammatory response in SARS-CoV-2 infection and the possibility of using 4-PBA as a treatment.