Coca-Cola can ‘quash’ findings from scientists and walk away with the data: Many universities funded by the firm sign contracts allowing it to terminate studies ‘without reason’, study finds

Coca-Cola has a contract allowing the company to ‘quash’ findings from health research it funds at universities in North America, a new study reveals.

Through more than 87,000 documents obtained through Freedom of Information requests, researchers at the University of Cambridge identified several clauses in legal documents that provide such a loop hole.

It gives the company early access to scientists’ findings and the right to ‘terminate [research] without reason’ – with the power to seize the data to prevent further study.

The firm has pledged transparent and ‘unrestricted’ support for science, funding studies that often have great influence in the fields of nutrition, energy and exercise.

But the researchers say the legal clauses they have found mean that Coca-Cola could suppress ‘critical health information’ – and may have already done so – but there is no way of knowing if so, what, when, to what extent. 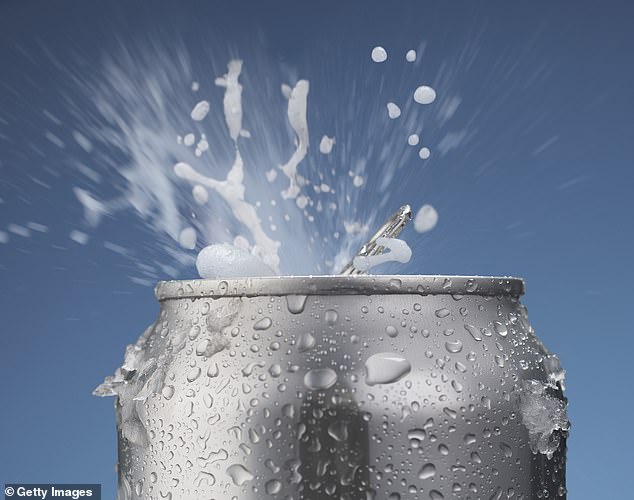 Coca-Cola has pledged transparent and ‘unrestricted’ support for science, but University of Cambridge researchers found legal clauses that allow the firm to pull work before it’s over

UNIVERSITIES WITH ‘RIGHT TO TERMINATE’ CONTRACTS WITH COCA COLA

Their work covers research on ‘energy flux and balance’ and beverage intake during exercise.

They say scientists should be forced to declare the full details of their agreements with firms like Coca-Cola so the public can understand the framework of the research.

‘It is certainly true that the contracts we have found allow for unfavorable developments or findings to be quashed prior to publication,’ said lead author Dr Sarah Steele, a policy researcher from Cambridge’s Department of Politics and International Studies.

‘Coca-Cola have declared themselves at the forefront of transparency when it comes to food and beverage giants funding health research. In fact, our study suggests that important research might never see the light of day and we would never know about it.

‘We are already hearing accusations from experts in nutrition that the food industry is copying tactics from big tobacco’s playbook. Corporate social responsibility has to be more than just shiny websites stating progressive policies that get ignored.’

US Right to Know, a non-profit consumer and public health research group, submitted 129 FOI requests between 2015 and 2018 relating to academics at North American institutions who received Coca-Cola funding.

They found four universities conduct research funded by Coca-Cola that includes ‘right to terminate’ clauses in their contracts.

According to Coca-Cola’s website, the company do not have control over research, scientists control the intellectual property of their work, and the company cannot prevent research from being published.

The company can, however, be privy to the findings as the research is unfolding, and comment on or cut it off before it’s concluded.

They do not need a reason for termination, the documents say.

The FOI documents, now available on the US Right to Know website, do not provide evidence of any studies being terminated, though they do record push-back from scientists.

In one email chain, a scientist says he does not understand why his work was terminated, and that he is concerned about who owns his intellectual property, saying, ‘…they have not communicated with us in several months’.

Another argues that his contract is ‘very restrictive for an “unrestricted grant”‘.

‘These contracts suggest that Coke wanted the power to bury research it funded that might detract from its image or profits,’ said Gary Ruskin, co-director of US Right to Know.

‘With the power to trumpet positive findings and bury negative ones, Coke-funded science seems more like an exercise in public relations.’

While the findings do not expose cover-ups, the researchers say it exposes restrictions on the general public to understand the food chain from funder to scientist to publication.

They say ‘self-reported’ conflicts of interest are not enough, and call for more rigorous rules.

‘Journals should require authors of funded research to upload the research agreements for studies as appendices to any peer-reviewed publication,’ said Steele.

‘The lack of robust information on input by industry and on studies terminated before results are published, makes it impossible to know how much of the research entering the public domain reflects industry positions.’