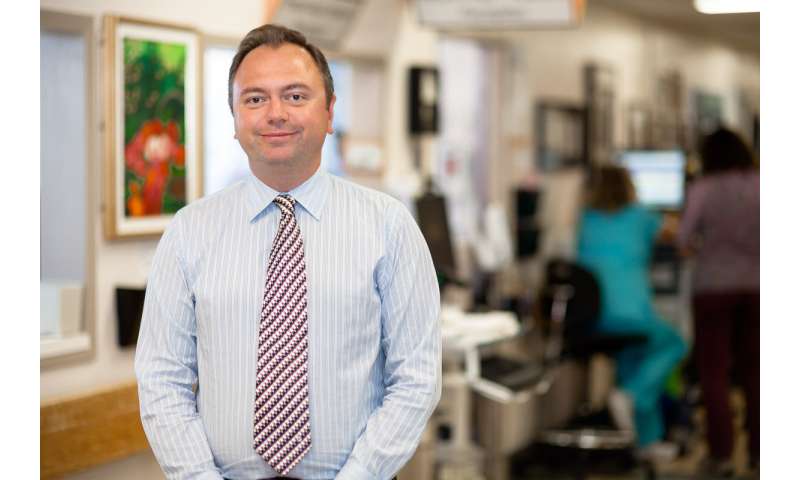 Cannabinoids, a class of prescription pills that contain synthetically-made chemicals found in marijuana, are associated with a 64 percent increase in death among older adults with chronic obstructive pulmonary disease (COPD), according to the first published data on the impact of cannabinoids on the respiratory health of individuals with the lung disease.

The study, led by St. Michael’s Hospital of Unity Health Toronto, found that cannabinoids can contribute to negative respiratory health events in people with COPD, including hospitalization and death. COPD is a progressive lung disease that causes difficulty breathing and chronic productive coughing, and can be associated with a variety of non-respiratory issues, like chronic muscle pain and insomnia.

“Cannabinoid drugs are being increasingly used by older adults with COPD, so it is important for patients and physicians to have a clear understanding of the side-effect profile of these drugs,” says Dr. Nicholas Vozoris, lead author, a respirologist at St. Michael’s and an associate scientist at the hospital’s Li Ka Shing Knowledge Institute.

“Our study results do not mean that cannabinoid drugs should be never used among older adults with COPD. Rather, our findings should be incorporated by patients and physicians into prescribing decision-making. Our results also highlight the importance of favouring lower over higher cannabinoid doses, when these drugs actually do need to be used.”

“Older adults with COPD represent a group that would likely be more susceptible to cannabinoid-related respiratory side-effects, since older adults less efficiently break down drugs and hence, drug effects can linger in the body for longer—and since individuals with COPD have pre-existing respiratory troubles and respiratory compromise,” says Dr. Vozoris, who is also a scientist at ICES.