In the first study of its kind, academics managed to compare the known dangers of smoking and excessive drinking.

They found the “cigarette equivalent” to one bottle of wine – roughly 10 units – is five cigarettes for men or ten for women each week.

In fact, the risk of cancer from chugging three bottles of wine each week, or 10 large glasses, is much higher.

Dr Theresa Hydes and team estimated 10 in 1,000 men would develop cancer at some point in their lives from drinking a bottle of wine each week.

However, for women this figure was 14 out of 1,000, according to the study published in the journal BioMedCentral Public Health.

The risk was much higher for both men and women who drink three bottles of wine per week – more than double the recommended dose.

Dr Theresa said: “We must be absolutely clear that this study is not saying that drinking alcohol in moderation is in any way equivalent to smoking.

“Our finds relate to lifestyle risk across the population. On an individual level, cancer risk represented by drinking or smoking will vary.

“And for many individuals, the impact of ten units of alcohol (one bottle of wine) or five to ten cigarettes may be very different.” 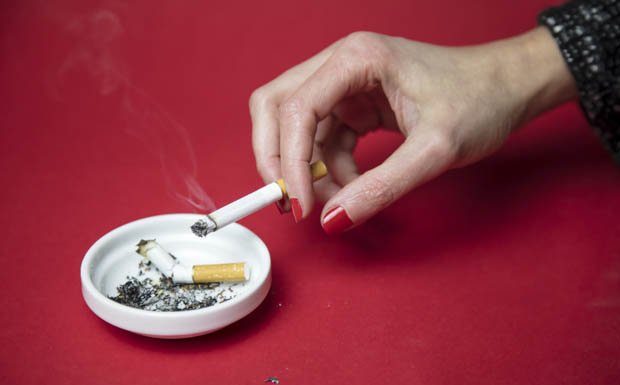 She concluded: “It is well established that heavy drinking is linked to cancer of the mouth, throat, voice box, gullet, bowel, liver and breast.

“Yet, in contrast to smoking, this is not widely understood by the public.

“We hope by using cigarettes as the comparator we could communicate this message more effectively to help individuals make more informed lifestyle choices.”

The NHS advise men and women not to drink more than 14 units a week on a regular basis – such as weekly.

A large glass of wine contains around three units, while a bottle is closer to the 10 mark. A pint of beer is around 2.3.