Canada is pausing its use of AstraZeneca’s COVID-19 vaccine for people younger than 55, amid ‘safety concerns.’

The country’s National Advisory Committee on Immunization is recommended the pause, citing lingering worries over rare blood clots, and Health Canada officially called for the suspension on Monday.

So far, no cases of the rare but life-threatening clotting condition have been reported in Canada.

Canada is set to receive a shipment of 1.5 million doses of AstraZeneca’s vaccine from the U.S., which has not yet authorized the shot.

It comes after European health regulators ruled that concerns that the shot might cause blood clots were unfounded. Before that, some European countries thought paused use of the shot in elderly people, due to claims it was ineffective. 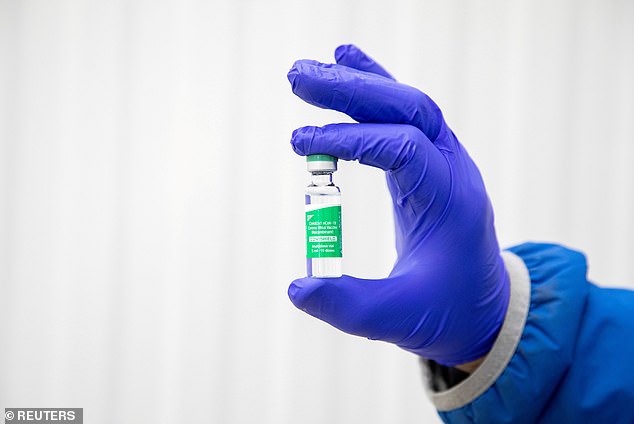 Astrazeneca’s vaccine is 100 percent effective at preventing serious illness or death from COVID-19, and is authorized in more than 50 countries, as well as by the World Health Organization (WHO).

The shot is between 62 and 80 percent effective, depending on where and when trials were conducted, as variants emerged and dulled the potency of antibodies from the vaccine.

Cerebral sinus vein thrombosis (CVST)  occurs when the vein that drains blood from the brain is blocked by a blood clot, resulting in potentially deadly bleeding on the brain.

Symptoms can quickly deteriorate from a headache, blurred vision and faintness to complete loss of control over movement and seizures.

According to Britain’s regulators, CSVT is so rare that experts aren’t even sure how common it is in the general population.

Chief of the UK’s regulatory agency, Dr June Raine, said the blood clots in the vaccinated patients could also have been caused by Covid itself, rather than the vaccine.

John Hopkins University estimates CSVT affects five in a million people in the US every year, which would suggest 330 patients in Britain suffer from the condition annually.

According to the university, it can affect patients with low blood pressure, cancer, vascular diseases and those prone to blood clotting. Head injuries can also trigger the condition.

So far, none of the safety claims have proven to be valid concerns, but they continue to crop up.

And now, even if there’s no basis for these worries, the vaccine is haunted by a new problem: a marred reputation.

The WHO hung its hopes on AstraZeneca’s vaccine – which was designed by Oxford University – because it is cheaper and far easier to ship and store compared to vaccines made by Pfizer and Moderna.

Its low cost and simple storage requirements make it ideal for distribution to poorer countries that lack the sophisticated infrastructure of countries like the U.S., U.K. and Canada.

But several European countries that had suspended using the vaccine over concerns it could cause blood clots have resumed administering it after the EU´s drug regulator said the vaccine was safe.

In January, French president Emmanuel Macron called the shot ‘quasi-ineffective’ for people 65 or older, despite its EU approval for use for all adults. By February 2, French regulators had formally recommended against its use for seniors.

And now Canadian health officials are saying that the shot is safe for older Americans – but not for younger ones.

Three of Canada’s 10 provinces have already suspended the shot’s use in under-55s, amid concerns over its link to rare blood clots, which have been reported in young women more frequently than men or older people.

‘So out of abundance of caution, Manitoba will be recommending that these vaccines only be used in people who are 55 or older at this time. I do want to say this is a pause while we wait for more information to better understand what we are seeing in Europe,’ Dr Reimer said. 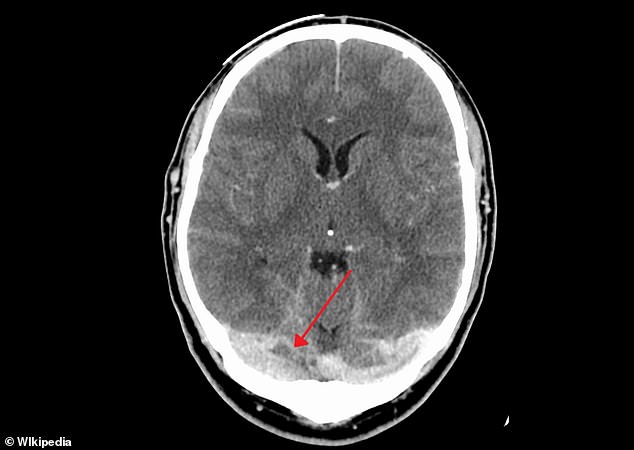 Five people vaccinated with the AstraZeneca vaccine in the UK have developed cerebral sinus vein thrombosis. It occurs when the vein that drains blood from the brain (shown) is blocked by a blood clot, resulting in potentially deadly bleeding on the brain

‘While we still believe the benefits for all ages outweigh the risks I’m not comfortable with probably. I want to see more data coming out of Europe so I know exactly what this risk benefit analysis is.’

Canada is expected to receive 1.5 million does of AstraZeneca from the U.S. this week.

The pause raises questions over whether the vaccine doses will go from sitting uselessly in one warehouse in the U.S. to doing the same thing a little further north.

The vaccine is used widely in Britain, across the European continent and in other countries, but its rollout was troubled by inconsistent study reports about its effectiveness, and then more recently a scare about clots that had some countries temporarily pausing inoculations.