HRT crisis as patches run out on the high street in the UK: Shortage forces desperate women to seek menopause treatment from abroad 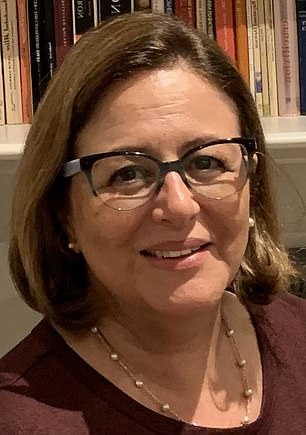 Jackie Kozary, 58, brought back a four-month supply of Evorel patches from her holiday in Spain and paid €11 per box

Women have been forced into buying HRT medication from abroad as it is now almost impossible to get in Britain.

Shortages have been going on for months but reached ‘crisis point’ this week as most Evorel patches – the UK market leader – disappeared from the shelves.

Many alternatives were already out of stock and the two main pharmaceutical wholesalers have completely run out of all commonly-prescribed HRT patches, according to an audit seen by the Daily Mail.

Manufacturers are rationing what little stock they have with the support of the Department of Health, which has been slammed for its ‘disastrous’ handling of the crisis.

Some women have been buying boxes for their friends from pharmacies while on holiday in Spain. One patient has even been air-freighting HRT from South Africa.

Around two-thirds of HRT treatments have been hit by shortages. They include Evorel and Elleste, the two most popular brands, which are prescribed to upwards of 100,000 women a year – more than half of those on the treatment. 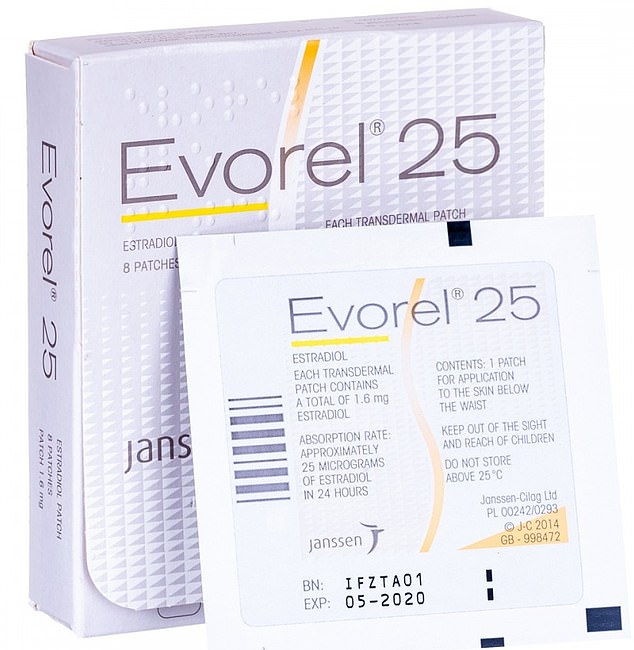 HRT is administered as patches, pills or gels and provides the oestrogen that the body stops producing during menopause. Several HRT tablets are also out of stock.

Dr Anne Henderson, an NHS consultant gynaecologist who runs a menopause clinic, said: ‘It is now impossible to get patches – it is virtually impossible to run a clinic. I have been doing HRT for 30 years and I have never come across such an utter mess. For the first time ever I physically cannot prescribe for some patients.’

More than half of women on HRT are prescribed patches, which are applied once or twice a week below the waist.

Solicitor Jackie Kozary-Scott returned from her holiday on the Costa Del Sol last week with a four-month supply of HRT.

The 58-year-old has been using Evorel patches for more than a year, but can no longer get them at any pharmacies near her home in south-west London.

But she managed to find an alternative patch in a pharmacy in Spain, and bought four boxes for 11 euros each. Mrs Kozary-Scott said: ‘It was impossible to get my medication in London and it was causing such stress – I cannot live without it. The symptoms are utterly debilitating.

‘My husband suggested trying the Spanish pharmacy and although they didn’t have the Evorel patch, they had one which was comparable.

‘The pharmacist said that they had no problem in getting hold of HRT in Spain and I bought four boxes over-the-counter and flew them home.

‘I’d be very tempted to fly back to Spain in four months because the prospect of being without HRT scares me terribly.’

The mother of one added: ‘If they are able to get it on the Continent you would think there is some way of getting HRT to pharmacies over here.’

Dr Henderson said: ‘Women are getting desperate, they are left with no other option than to look overseas.

I know of one woman who popped into a pharmacy in Spain where you could buy Everol over-the-counter. She walked off with about six boxes.

I have a patient whose mother is in South Africa, and is air-freighting six boxes over.

‘People who are on holiday are now rushing to the pharmacies and coming back with HRT for their friends, although it won’t last long because the manufacturing issues are Europe-wide.’

Elizabeth Carr-Ellis, a menopause campaigner who has been forced to switch HRT brands due to the crisis, said: ‘I have had people messaging me offering to go to Spain for me and pick up HRT.’

Women have shared stories on social media of buying HRT from pharmacists over-the-counter in Spain. They are also resorting to buying medication from websites – which experts warn could put their health in danger as drugs bought over the internet are often imitations.

The crisis started late last year when supply-chain issues that began in China forced some manufacturers to cease production. This led to raised demand for other brands and had a domino effect which ‘wiped out’ their stock.

Shortages are expected to continue until next year.

Thousands of women have been forced to switch brands in recent weeks, causing crippling menopause symptoms including night sweats and depression.

In recent days Evorel HRT patches, which are made by Belgian firm Janssen and have a market share of 40 per cent, have gone out of stock.

An audit seen by the Mail last night revealed all Evorel patches are unavailable in the two largest pharmaceutical wholesalers – AAH, which supplies Lloyds, and Alliance, which is owned by the same firm as Boots.

No alternative patches are available. FemSeven Sequi and Conti patches, made by Theramex, have been out of stock for months and will not be available until 2020. Estradot patches, an alternative HRT product produced by Swiss giant Novartis, are not subject to any shortages.

But Novartis does not produce enough Estradot to meet the increased demand, meaning any patches it supplies fly off the shelves immediately.

It has had to ration orders or else its stock would be wiped out in days. Doctors say health bosses should have foreseen the crisis. Dr Henderson said: ‘Me and my patients are paying the price for disastrous handling by Janssen and the Department of Health.’

Pharmacist Scott McDougall, director of The Independent Pharmacy, said: ‘Evorel is by far the most commonly prescribed patch, and it has around a 40 per cent market share across the whole HRT market, including pills and gels.

‘We are very thin on the ground of all HRT drugs and completely out of patches. As soon as any become available they are bought up.’

The Department of Health said: ‘We have not restricted supplies of HRT, but support Novartis’s decision to manage demand.’ Janssen said: ‘Availability of the Evorel range continues to be acutely impacted by the lack of availability of alternative HRT products.’

Professor Andrew Goddard, President of the Royal College of Physicians, said: ‘The situation is… unlikely to have the resilience to survive a major stress like No Deal Brexit.’

What is Hormone Replacement Therapy and why is there a shortage?

Hormone Replacement Therapy relieves symptoms of the menopause by replacing hormones as the body stops producing them. It can be taken as tablets, skin patches, gels and creams.

Around one in ten women with menopausal symptoms are prescribed HRT. Latest figures show approximately 200,000 women are on HRT in the UK, and 2.5 million prescriptions are issued every year in England. NICE estimates that 400,000 could benefit from the treatment.

Why is there a shortage?

The crisis is being caused by a ‘perfect storm’ of different factors that have hit several different HRT manufacturers at the same time.

It began late last year when Theramex, which produces FemSeven Conti and Sequi patches, stopped production because of issues manufacturing the glue for their patches, which is made in China.

The shortages led to a rise in demand for other products, in particular Evorel patches, leading to a ‘domino effect’ that saw stock wiped out. Production and supply issues for all drugs have got worse in recent months because of global factors. This includes a new law in China, which produces a lot of raw ingredients, that led to the closure of several factories.

Demand for HRT has also increased in recent years. More women are being prescribed the drug by GPs because fears over its links to breast cancer have been discredited, adding to shortages.

Which drugs are unavailable?

More than a dozen of the most commonly prescribed HRT drugs, including all patches, are out of stock or experiencing major shortages. These include most Elleste tablets, FemSeven Sequi and Conti patches and Evorel patches.

Prescribers can look at the oestrogen and progestogen component of an HRT drug and match it as closely as possible to another brand.

However, some HRT drugs do not have direct alternatives. This includes combined oestrogen and progesterone patches, such as FemSeven. And the shortage of all patches means women are now being switched on to tablets, which may not suit them as well.

What should women on HRT do?

Seek advice from your GP and pharmacist as soon as possible to find out if the medication is still available and discuss alternatives. Do not try to stockpile medication or buy it online, as this may be counterfeit.

When will it be resolved?

Doctors have warned that the crisis will continue until next year. Manufacturers including Evorel and Theramex say some of their products will not be available for months. There are also concerns that drug shortages in general will become much worse after Brexit, in particular if the UK leaves without a deal.