‘This therapy is our last hope’: Leukaemia sufferer, 11, is the first NHS patient to receive a revolutionary cancer treatment that uses the body’s immune system to fight the disease

An 11-year-old boy is the first to receive a pioneering cancer therapy that uses the body’s own immune system to fight his leukaemia on the NHS.

The youngster was diagnosed with acute lymphoblastic leukaemia in 2014, which is curable via chemotherapy in around 90 per cent of children sufferers.

But after Yuvan’s cancer failed to respond to two rounds of the routine therapy and a bone marrow transplant, CAR-T is his ‘last hope’.

Kymriah – also known as tisagenlecleucel – was approved for Yuvan after NHS England struck a deal with Novartis, the pharma giant behind the drug, to offer it at a reduced price. Eleven-year-old Yuvan Thakkar is the first to receive a pioneering cancer therapy that uses the body’s own immune system to fight his leukaemia on the NHS. The youngster is pictured with his mother Sapna and father Vinay at Great Ormond Street hospital – where he is being treated 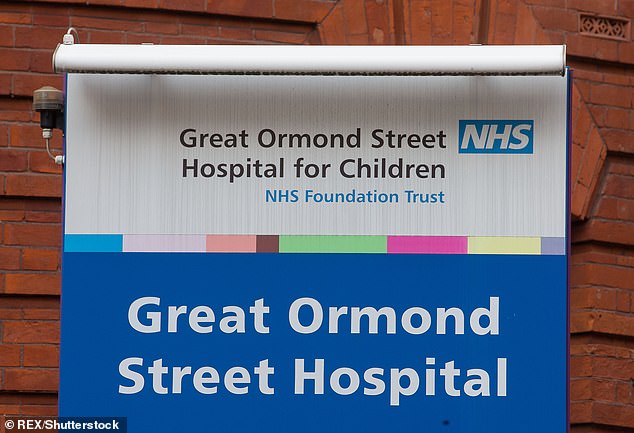 Yuvan – from Watford – was given the CAR-T cell therapy Kymriah at Great Ormond Street Hospital in London last week. His parents have called the treatment their ‘last hope’

Speaking of when Yuvan was diagnosed, his mother Sapna and father Vinay, said in a statement: ‘It was the most heartbreaking news we had ever received.

‘We tried to stay hopeful as they say leukaemia in children has [a] 90 per cent cure rate, but sadly, his illness relapsed.

‘This new therapy is our last hope. It means a rebirth to us if this treatment works and we hope it really does. We are so glad we at least have this new option now.’

Yuvan – who is a cricket fan – loves playing with Lego, which keeps him entertained while he endures his treatment.

‘I really hope I get better soon so I can visit Lego House in Denmark,’ he said. ‘I love Lego and am building a big model Bugatti while I’m in hospital.’

Dr Sara Ghorashian, a consultant in paediatric haematology at GOSH and Yuvan’s doctor, said: ‘We are so pleased to be able to offer patients like Yuvan another chance to be cured.

‘While it will be a while before the outcome of this powerful new therapy is known, the treatment has shown very promising results in clinical trials and we are hopeful that it will help.’ 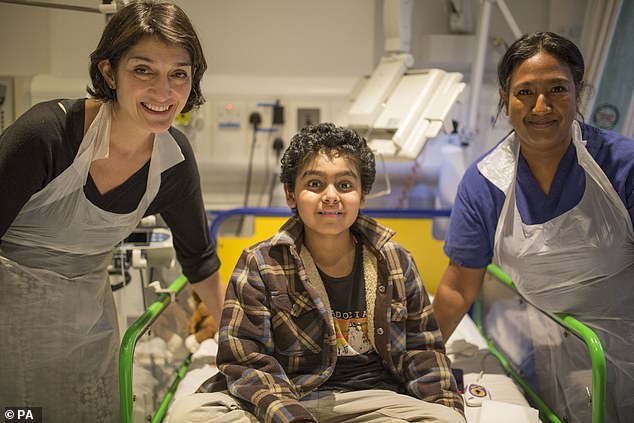 Yuvan had immune cells – called T cells – taken from his blood before they were engineered in the lab. This made them express a gene for a receptor that recognises and kills tumours. He is pictured with his consultant Dr Sara Ghorashian (left) and clinical nurse specialist Annette Hill

CAR-T cell therapy involves taking a patient’s immune cells – known as T cells – from their blood and changing them in the lab so they attack tumours.

The T cells are modified to express a gene that codes for a specific receptor – chimeric antigen receptor (CAR) – that binds to a certain protein on a patient’s cancer cells.

Millions of these genetically-engineered CAR-T cells are grown in the lab and then given back to the patient via an infusion into their bloodstream.

Each dose of Kymriah is therefore a customised treatment created using a patient’s own T-cells.

CAR-T cell therapy was previously only available to patients on research trials. 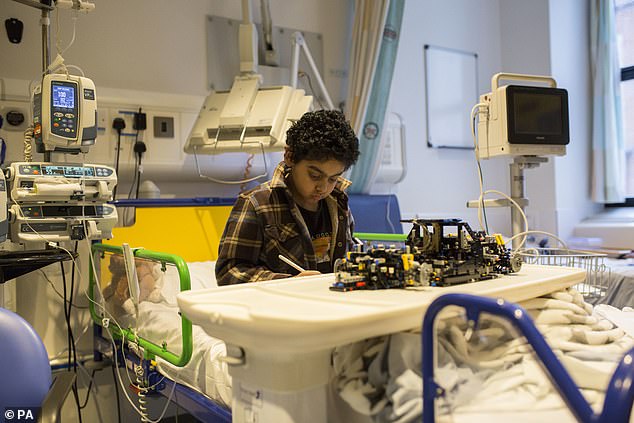 The youngster was diagnosed with acute lymphoblastic leukaemia in 2014. His cancer failed to respond to two round of chemo and a bone marrow transplant. He is pictured building a Lego model Bugatti, which keeps him entertained while he endures treatment in hospital

WHAT IS CAR-T CELL THERAPY?

CAR-T cell therapies are available on the NHS for children and people up to 25 with B cell acute lymphoblastic leukaemia.

The treatments involve taking a specific immune cell – known as T cells – from a patient’s blood.

T cells help the body fight infection by seeking out viruses and other pathogens, before killing them.

These cells are then engineered in the lab to express a gene that codes for a specific receptor that binds to a protein on the patient’s cancer.

Once these cells are re-infused into a patient’s blood, their immune system is ‘reprogrammed’ to recognise and fight off tumours.

It is suitable for those with advanced or worsening blood cancers that are not responding to treatment or have relapsed.

The FDA in the US approved two CAR-T cell therapies in 2017.

One of the most common side effects is cytokine release syndrome (CRS).

CRS occurs when T cells are overstimulated and release excessive amounts of the protein cytokine.

This can lead to a dangerously high fever and a significant drop in blood pressure.

In most cases, CRS is manageable via treatment like steroids.

Yuvan’s T cells were first extracted last November before being shipped to labs in Rotterdam and Texas, where they underwent the complex editing procedure.

‘This is an incredibly complex treatment to give, Yuvan’s cells were processed in both Europe and the US, and needed collaboration across borders to get the T-cell infusion back to London so he could be treated.

‘The UK was one of the first countries in the world to approve CAR-T cell therapy, showing the NHS remains at the forefront of innovation when it comes to new cancer treatments.

‘More research is underway so we can identify who’s most likely to benefit from CAR-T cell therapy, as well as how to further refine the technique, so as many as possible can benefit.’

Although promising, CAR-T therapy can cause cytokine release syndrome.

This occurs when immune cells activated by CAR-T treatment release an excessive amount of the protein cytokine, resulting in a severe infection-like reaction.

However, NHS England brought this down during negotiations.

As well as GOSH, the Royal Manchester Children’s Hospital and Newcastle-upon-Tyne Hospitals NHS Foundation Trust will offer the treatment to young people with leukaemia.

Another type of CAR-T cell therapy – Yescarta – has been approved on the NHS for adults with aggressive types of lymphoma.

WHAT IS ACUTE LYMPHOBLASTIC LEUKAEMIA?

Acute lymphoblastic leukaemia (ALL) is a type of blood cancer that starts from young white blood cells in the bone marrow.

Anyone can develop ALL, however, it mainly affects younger people.

Many ALL symptoms are vague and flu-like, such as:

Risks for developing ALL include exposure to radiation, smoking, being overweight and having a weak immune system.

Research suggests being breastfed and exposed to childhood infections may reduce a person’s risk.

The main ALL treatment is chemotherapy. Patients may also have radiotherapy, steroids or bone marrow transplants.