Boy, 10, has a kidney in his THIGH because of a unique genetic disorder named after him because it is so rare

A ten-year-old boy who has a kidney in his thigh is believed to be the only person in the world with his condition.

Hamish Robinson, who lives in Manchester, is missing the chromosome 7p22.1. Doctors have named the unique genetic disorder ‘Hamish syndrome’ after him.

Hamish only has hearing in one ear, suffers severe asthmatic attacks, has spinal problems, learning difficulties and requires a voice computer to speak due to the disorder.

His mother, Kay Robinson, 48, was concerned he wasn’t reaching milestones, such as talking, after he was born premature.

Now, he is a medical phenomenon – but his life may be under threat unless doctors, who have no previous knowledge on the condition, can remove the kidney. 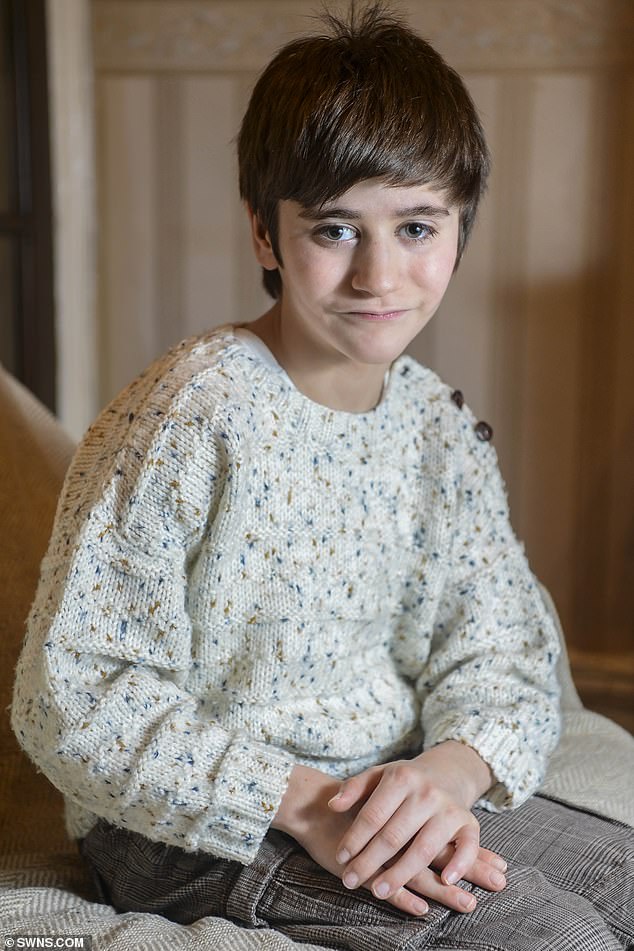 Hamish Robinson has a kidney in his leg due to a unique chromosomal condition. He is believed to be the only person in the world to be missing chromosome 7p22.1 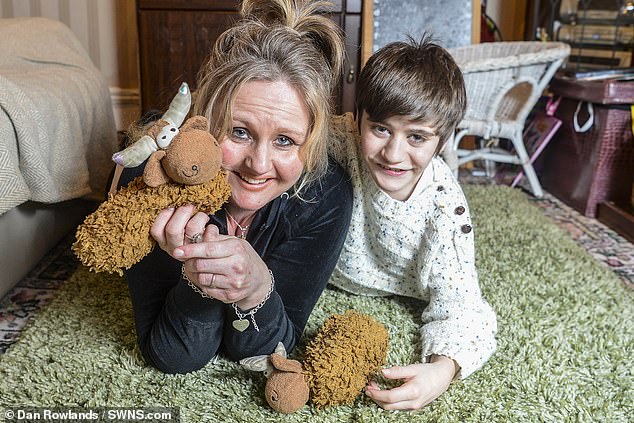 His mother, Kay Robinson, 48, was concerned her son wasn’t reaching milestones, such as talking, after he was released from hospital, born premature 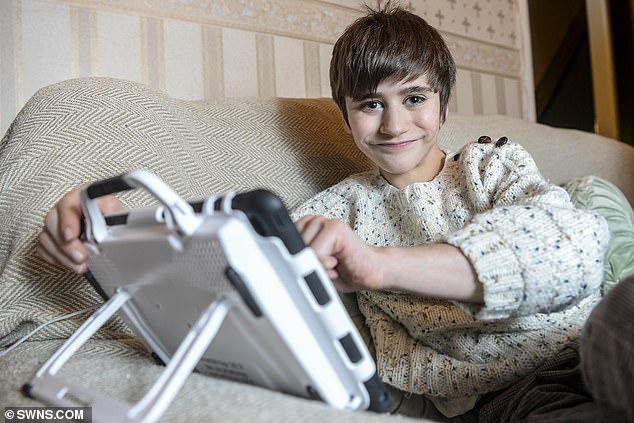 The condition means Hamish only has hearing in one ear, suffers severe asthmatic attacks, has spinal problems, learning difficulties and requires a voice computer to speak

The youngster was born five-and-a-half-weeks premature in May 29, 2008, seemingly healthy, albeit tiny – weighing just 2lbs.

Following complications with feeding, he was then discharged from hospital.

But a paediactrician kept an eye on him as he showed complications from the start, marking the beginning of a long journey.

Worried about his development, Ms Robinson, a former lecturer, took him to see a geneticist when he was 17-months-old.

‘He was certainly not speaking at all, then one day when he was 17-months-old he said mamma and then I waited another six years to hear anything else.

‘It was only later that I suspected things weren’t right. He wasn’t speaking, he wasn’t doing the sort of things he should have been doing.’

Hamish, who had his first operation – for a hernia – at the age of four months old, has been under eight different consultants, including an endocrinologist, immunologist and gastroenterologist. 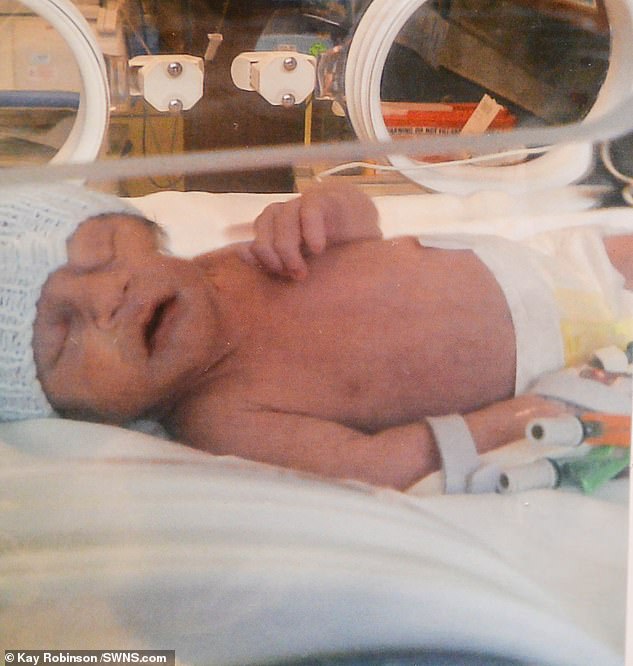 Hamish was born over five weeks premature, but appeared to be healthy apart from his weight 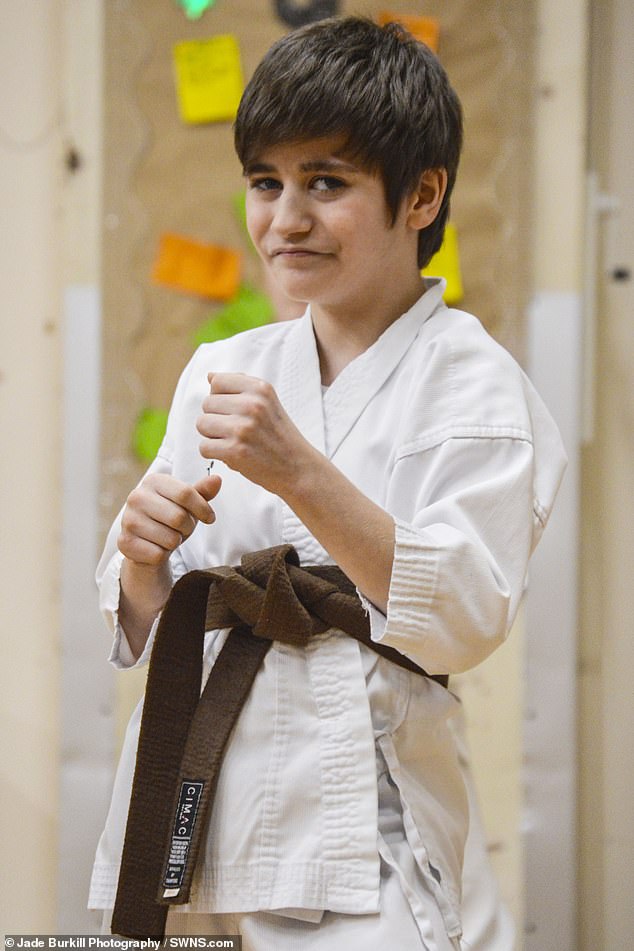 Hamish’s kidney, which is fully functioning at the top of his thigh, does not affect his health. But in the future, it could be fatal, according to doctor’s beliefs 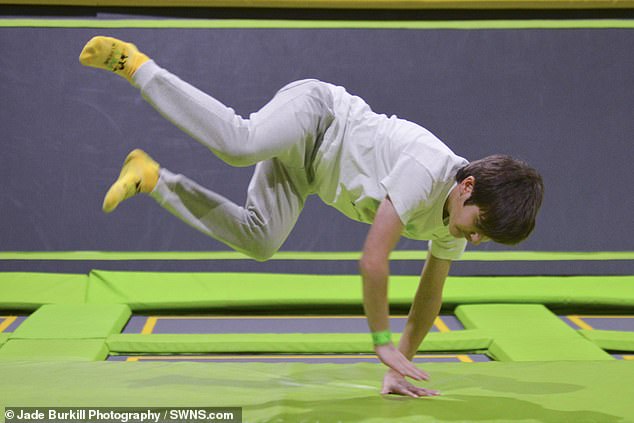 Hamish, who loves to trampoline and do karate, is at risk of bowel cancer due to his condition, his mother said. 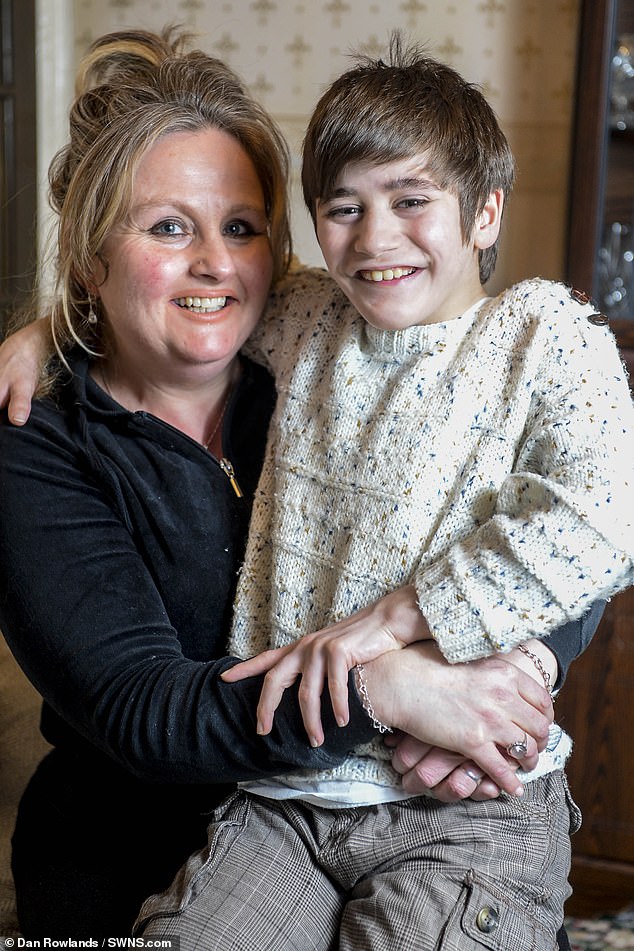 It was soon discovered Hamish had a unique chromosomal depletion, a condition she has been told that no-one else in the world suffers from.

Hamish’s kidney is fully functioning, but is at the bottom of the right side of his pelvis – at the top of his right thigh – due to a structural malformation caused by the condition.

His second kidney is located in the correct place and although it is shaped like a horseshoe it is fully functioning, according to Kay.

Although it is not suggested Hamish has renal problems now, it has potential to be fatal in the future, doctors told his mother.

Ms Robinson said: ‘The kidney is fully functioning but it’s the potential of what could happen in the future.

‘There haven’t been any health problems with it so far. Because it is functioning and he’s not had any issues they have left it alone and not removed it.

‘It’s not like it moved, it’s part of his physiology. It’s a congenital condition which developed while he was a foetus.

‘It has to be watched. This is what makes it so difficult because doctors don’t know what could arise, we have to deal with it as it comes.

‘It is just the way he is structured. It is unlikely to affect him just now but more likely when he becomes a bit older.’

She added: ‘If he develops any urinary infection, when the kidney isn’t in the normal place it means it’s dangerous for him. 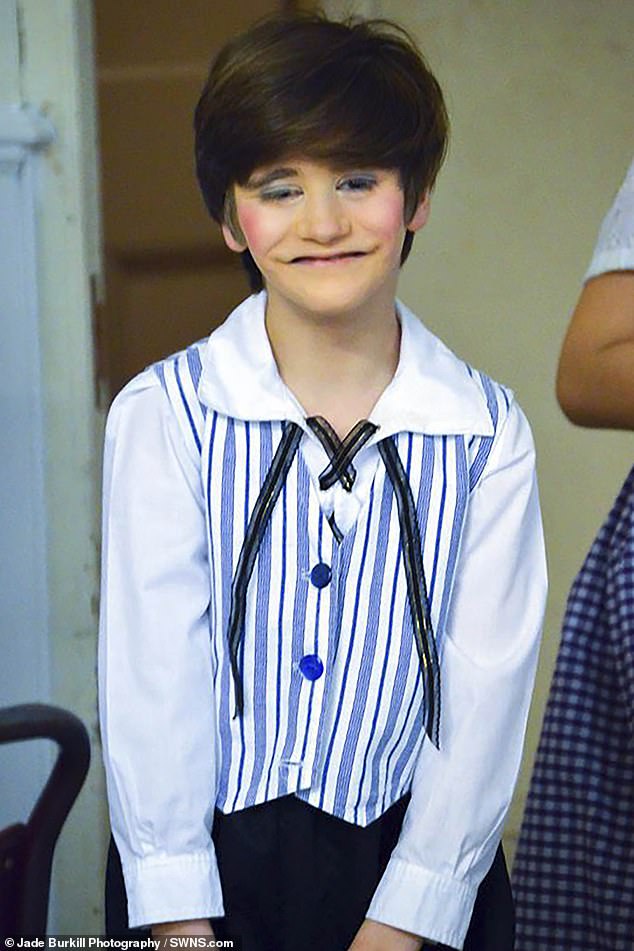 Hamish, pictured during pantomime has had eight different consultants, including and endocrinologist, a gastroenterologist and an immunologist 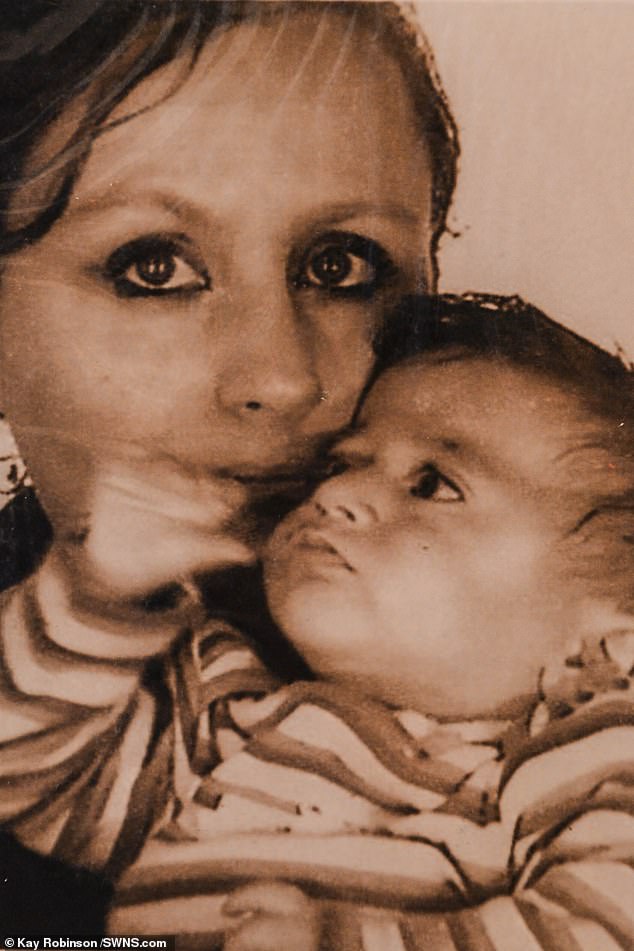 Ms Robinson said she heard her son say ‘mamma’ at 17-months-old, and then didn’t hear him speak anything else for six years

‘It’s so hard knowing his condition is unique because no-one knows what to expect.

‘Research is ongoing and his geneticist has written a paper on Hamish, but there’s no knowing what’s going to happen.’

Despite his condition, Ms Robinson, who gave up her career to care for Hamish, was determined that he should have a mainstream education.

‘He’s such a personable and sociable boy with a magnetic personality,’ she said. ‘I just knew putting him in a specialist school would limit him.’

Despite struggling with reading, writing and speaking, Hamish has refused to be beaten by his illness.

He has appeared in a pantomime for the past three years, is a regular at trampoline classes and will shortly be trying for his black belt in karate after taking up the sport at the age of five.

‘He just takes it all in his stride,’ Ms Robinson said. ‘I don’t know how he does it. Being with him has inspired me. He’s been the biggest blessing of my life.’