The dominating presence of racism, with its harmful effects on both mental and physical health, has been an undeniable reality for Black people for centuries. 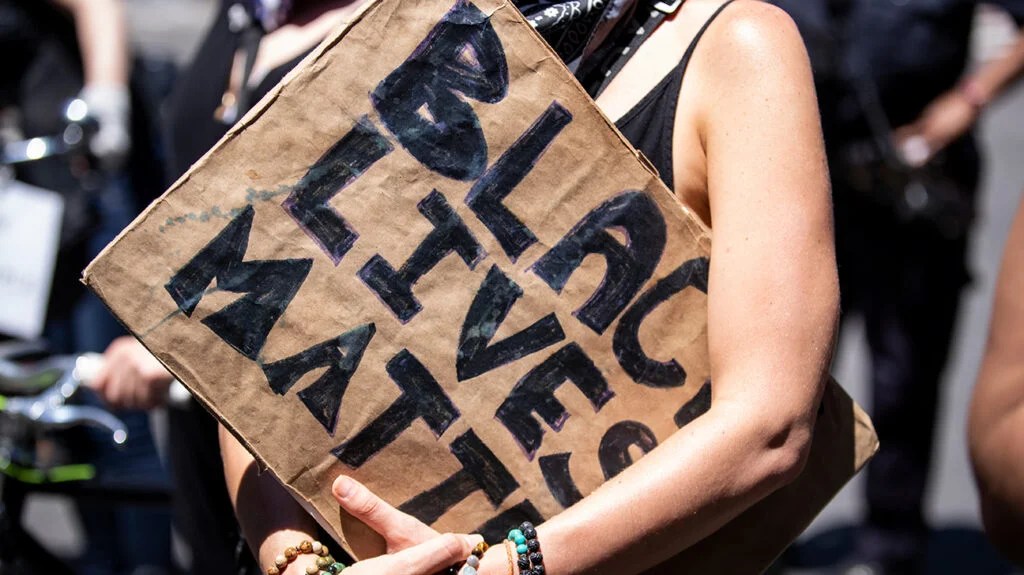 Despite the election of a Black president, the election of Black members of Congress, and the appointment of Black Supreme Court Justices, the detrimental effects of racism on the health and safety of Black people in the United States continue to be evident.

This is a result of centuries of institutionalized racial policies that continue to serve as obstacles to Black people fighting for racial equality.

Although the struggles that Black people continue to face have largely been discredited under the belief that society has moved beyond segregation and slavery, the recent shooting of Jacob Blake and the murders of George Floyd, Breonna Taylor, and Ahmaud Arbery — to name but a few — have brought to light the extent of racial injustice in the U.S. and beyond.

Despite police brutality and the lack of repercussions that come with the killing of Black lives being an epidemic that has defined the Black struggle since the beginning of slavery, recent events have caused an awakening to the extent of institutionalized racism, particularly among white people and non-Black people of color.

The recognition of the toll that institutionalized racism continues to take on Black people has become even more evident in the climate of the current pandemic.

COVID-19 has been disrupting and taking lives all over the world. But it is disproportionately affecting Black people, largely due to the lack of healthcare resources and the high rate of poverty among this demographic due to a long history of institutionalized racial policies.

The murder of unarmed Black men and women at the hands of the police over the past few months has shown that Black people are not only going through one health pandemic, but two — systemic racism being the other.

The growing presence of the Black Lives Matter (BLM) movement has brought to light this reality of the multifaceted nature of racism, with its demands for the end not only of racist police, but of discriminatory laws, housing segregation, health inequities, and education inequity — all of which point to the fact that racism is a public health issue.

Systemic racism is the cause of many health issues and a direct determinant of health. Let me illustrate my point.

Experts have said that housing segregation is “a fundamental cause of racial disparities in health.”

Meanwhile, this study shows that being discriminated against changes motivation mechanisms in the brain.

It is without a doubt that the reality of brutal confrontations with the police has a similarly devastating effect on the mental health of Black people in America. African American people are being systematically targeted by the very system that is supposed to grant them protection.

The endless murders of Black people at the hands of the police further jeopardize the mental health of Black people as a result of this collective suffering, lack of justice, and perceived lesser value of life that these racist institutions continue to perpetuate.

It has been over 3 months since the murders of George Floyd, Breonna Taylor, and Ahmaud Arbery. After the killing of George Floyd, protests raged across the world in hopes of achieving justice for Black people. But, only a few days ago, we witnessed the shooting of yet another Black man: Jacob Blake. And once again, protests have erupted.

The BLM protests have been defined as the largest protests in the U.S. since the Civil Rights Movement, with every state — including all American territories — seeing protests spanning the course of several weeks.

In addition to these ongoing protests, there has been an identifiable shift in social media use in the movement for social justice. Within a week from the start of the protests, I saw my Instagram and Twitter feed go from an endless array of selfies to threads and resources about the dimensions of racism, ideas for how to support the BLM movement, and updates on the protests in general.

The endless amount of information that has continued to circulate on social media outlets in relation to addressing racial inequality has made it impossible for anyone to claim that they do not have enough knowledge about the situation to have an opinion.

Social media in the age of BLM has transformed into an outlet to spread useful information, hold people accountable, and keep the issue of racial inequality alive.

It is the issue of social media that leads me to comprehend the necessity of allyship, in support of non-Black people in the movement for racial equality, when trying to address racism in America and beyond.

What has made this wave of the BLM movement so continuous is the fact that this discussion on police brutality and systemic racism is finally being had across all aspects of society.

It is growing increasingly apparent that recent events have taught us the importance of non-Black allyship in addressing racism in all its dimensions.

There are many different methods of allyship, starting with a personal recognition of racism on an individual level and continuing onto more active forms of allyship, such as participation in protests and phone banking elected officials.

Nevertheless, while the involvement of non-Black people in the movement for racial equality is necessary, we must not forget that people of color need to be at the forefront of this movement. Genuine allyship should start with the acknowledgment of this fact.

It is important to note that allyship must not be a politicization of Black lives and white saviorism. Allyship must, first and foremost, start with listening.

The importance of allyship, particularly at a time like this, is even more significant given the detrimental impact of the recent events on the mental health of Black people. While many may respond to tragedy through methods of resistance such as protests and organizing, the reality is that such advocacy can be both emotionally and physically draining.

In addition to the heightened risk that Black populations face of suffering mental health issues as a result of forms of discrimination such as housing and public health inequities, this trend of murdering Black people surfaces a trauma in the community that runs deep.

With these events, Black Americans are reminded of the realities that they were taught growing up — that their lives are valued less than those of the white American, that they are viewed as “inferior” by the system, and that they are more likely to die as a result of the color of their skin.

This is a hard reality to sit with, and it is exactly why, in a time like this, other communities must come together to fight on their behalf. This cannot be just our fight.

This brings me to my next point.

How can non-Black people practice genuine allyship in the fight for racial equality?

1. Take time to analyze your own prejudices, contributions to racism, and relationships with people of color. What language or behaviors are you exhibiting that put Black people in an uncomfortable position? Often, it is comments on hair, accents, and other stereotypes that many non-Black people view as “harmless” that play into the negative portrayal of Black people. Comments like these also make Black people feel uncomfortable. Doing some research into microaggressions is a good place to start with this personal reflection.

2. Educate yourself on the dimensions of racism, starting with the history of the slave trade, the Civil Rights Movement, and the racialization of the War on Crime. It is impossible to fully understand the extent of the movement today without realizing that this battle is one that has been raging on for much longer than many of us can imagine. Other events and phrases to research include Oscar Grant, Amadou Diallo, Rodney King, respectability politics, institutional racism, and the school to prison pipeline. Documentaries and series that provide a good portrayal of these topics include “13th,” “Trial By Media,” “When They See Us,” “LA 92,” and “The Kalief Browder Story.”

3. Share educational resources on your social media pages. Although a story post may not seem significant, it is the very least one can do to not only show allyship, but to keep the conversation going. Refusal to post online signifies complacency and a lack of discern for the racial injustices that are occurring.

4. Speak up when you witness racism at your school, in your workplace, within your friendship groups, or within your family. Often, racism manifests itself in casual settings such as family dinners or work parties. Regardless of the physical outcome of racist comments, they must be addressed and silenced. Casual racism cannot be tolerated in any form when working toward dismantling racism at large. It starts at home and within your friendship circles.

5. Show up for the cause. Whether that be through attending protests, making phone calls, or writing emails, it is necessary to acknowledge that in addition to addressing societal racism, there must be change at the legislative level.

Therefore, engagement in politics is necessary. We must apply pressure from every aspect of society.

The burden of fighting against racial inequality must not fall on Black people alone. The recognition of this fact is necessary when fighting to keep the movement alive in demanding tactical change.

It is also important to realize that, during this time, the mental health of Black people is highly likely to take a toll, with many finding themselves forced to justify their experiences, advocate against the violence against their community, and fight for their voice to be heard.

As a result, being an ally to this movement must start with routinely checking in on our friends of color. For Black people, it is also necessary to take time for yourself to avoid being overwhelmed by the outpour of devastating news coverage.

To do so, it is important to take a break from social media when needed, seek support from your community and friends, and set some time aside to make sure your basic needs are taken care of.

Lastly, it is important to remember that even if one is not directly affected by these murders, these events still have the ability to play a huge role in affecting one of the most important aspects of one’s health: mental health.

The extent of the collective suffering of Black people during this time must not be forgotten when pursuing this fight.

Hanna Al-Malssi is a BLM activist and political science and history graduate at the University of California, Los Angeles.