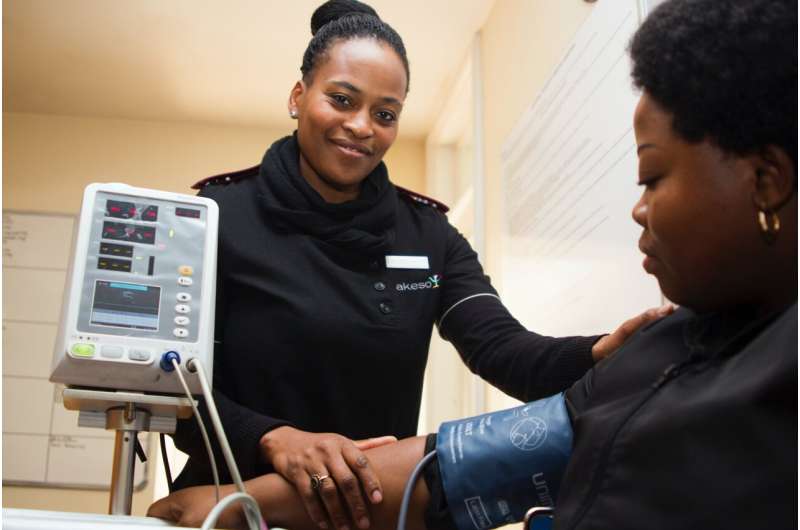 Caused by a buildup of plaque inside arteries, peripheral artery disease (PAD) is a progressive narrowing of the arteries that reduces blood flow to organs and limbs. About 6.5 million Americans over the age of 40 suffer from PAD, which can cause painful cramping in the feet and legs, ulcerations, functional limitations and may eventually lead to limb amputation. In the United States, Black adults in their 50s are at least twice as likely to suffer from PAD as their white counterparts, a disparity that continues to increase with age.

In a new paper published in Circulation, researchers at the Richard A. and Susan F. Smith Center for Outcomes Research in Cardiology at Beth Israel Deaconess Medical Center (BIDMC) conducted a large, nationwide analysis of Medicare beneficiaries to document racial differences in treatment for PAD—a procedure known as revascularization—and outcomes for patients with PAD. The team found that Black adults underwent significantly more endovascular peripheral vascular interventions (PVI), were treated for more advanced disease and were also more likely to experience adverse outcomes following PVI procedures, including amputation and death.

“Black race was significantly associated with worse one-year outcomes after revascularizations, after adjusting for age and sex,” said senior corresponding author Eric Secemsky, MD, MSc, director of Vascular Intervention at BIDMC, as well as section head of Interventional Cardiology and Vascular Research at the Smith Center for Outcomes Research at BIDMC. “This link persisted after we adjusted for individual and regional socioeconomic factors. However, the association between Black race and worse outcomes was no longer apparent after we adjusted for comorbidities, suggesting that the well-documented Black-white disparities in the prevalence of PAD risk factors, including hypertension, diabetes and end stage renal disease, explain the disproportionate development of PAD among Black adults.”

The analysis included 215,320 patients who underwent the gold standard revascularization procedure called peripheral endovascular intervention (PVI) between 2016 and 2018. Black adults had a higher incidence of treatment, with 0.86 percent of Black Medicare beneficiaries undergoing the procedure, compared to 0.51 percent of white Medicare beneficiaries. What’s more, a greater proportion of Black adults were treated for more severe arterial disease, while more white patients were treated for a milder form of PAD. Despite their relatively greater severity of disease, a lower percentage of Black adults were prescribed key cardiovascular medications.

“Despite its poor prognosis and devastating health consequences, there is a low national awareness of PAD which means it is underdiagnosed and undertreated, particularly in Black adults,” said first author Anna Krawisz, MD, a cardiologist at BIDMC. “We found the low use of evidence-based medications in this population with advanced, diagnosed disease to be surprising. This is a critical area for intervention to improve outcomes in PAD.”

Further demographic analysis revealed that among this cohort of patients, Black adults who underwent PVI were more likely than their white counterparts to live in distressed communities and have a low socioeconomic status. Black adults in this study experienced more diabetes, chronic kidney disease, heart failure and stroke. However, after researchers adjusted data for these pre-existing conditions, the team found that the link between race and adverse outcomes was no longer significant.