But incredibly she is back on her yoga mat, performing the ancient discipline and living an, as she puts it, ’75 per cent normal’ life.

From being a yoga obsessive, with 26,000 social media fans watching her bikini-clad routines online, Rebecca has become someone who cannot speak for more than a few minutes, suffers headaches daily and has severe memory loss.

She is now telling her story to raise awareness of yoga-induced strokes, so other people can spot the symptoms and seek medical help quickly.

“After decades of focussing on working out and my diet and making as many healthy decisions as I could for my body, having a stroke by doing yoga just didn’t seem fair,” she said.

“But I had to get back out there and do the things that made me happy and one of those things was obviously my yoga practice.” 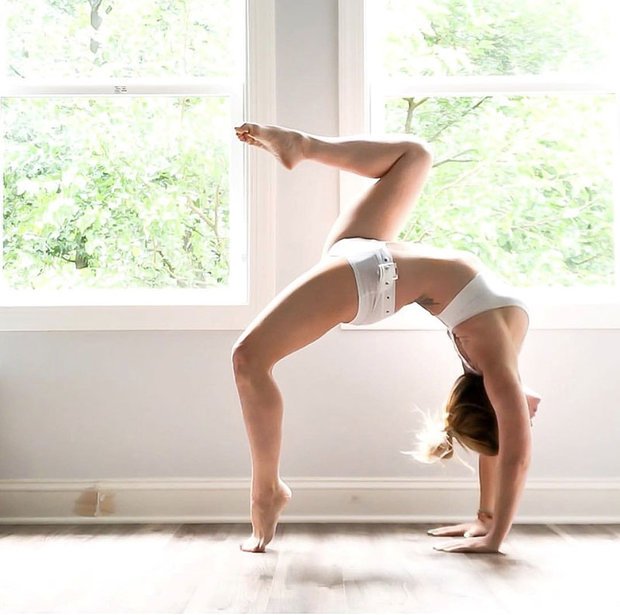 Rebecca and husband Kevin, 45, who works in federal law enforcement, immediately went to the emergency room where an MRI scan revealed Rebecca had suffered a stroke.

She said: “The doctor on staff came into the little room we were waiting in and said in a monotone voice: ‘Well, you my dear, had a stroke’.

“Kevin and I both let out a little laugh, because we thought he had to be kidding.

“There was no way that someone my age, in my health, could have had a stroke.

“But he responded to our laughter in solemn silence and his face said it all.”

While doing handstands Rebecca had torn her right carotid artery, one of the four arteries that supplies blood to the brain.

The tear sent a blood clot to her brain which caused the stroke and the trauma of the tear in the wall of the artery also caused a small aneurysm, a bulge in the vessel, to develop.

At first Rebecca felt fury and disbelief that something as healthy as yoga could have triggered a stroke.

She said: “I couldn’t believe it.

“How could this happen to me?

“I was angry at my body, I felt that it had betrayed me somehow.” 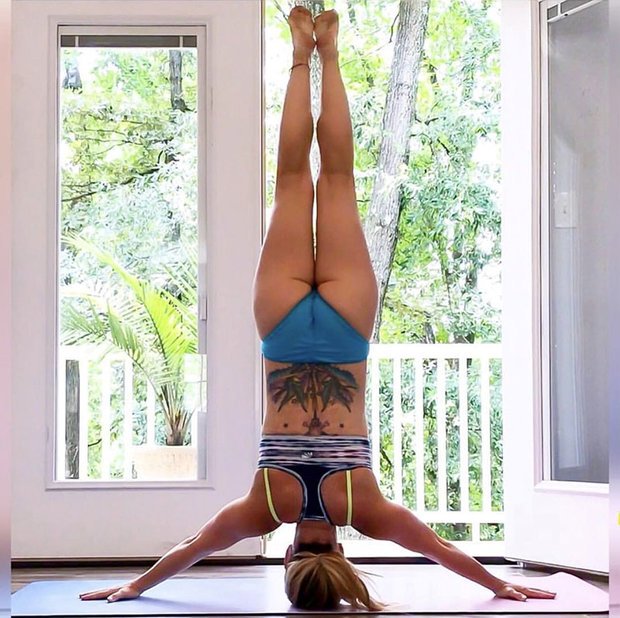 For six weeks, Rebecca endured terrible pain with constant headaches which made any kind of light unbearable.

She lost 20lbs and couldn’t get out of bed without help.

“The stroke caused massive head pain, unlike any headache I had ever experienced before,” she said.

“I couldn’t shower without help, wash my hair, feed myself, or take my pile of scary and unfamiliar, life-saving medications.

Incredibly just one month after the stroke, Rebecca was back on her yoga mat.

She said: “I simply sat on my mat in lotus pose and listened to my breath.

“I slowly led back up to simple stretches and the poses that felt most safe to me.

“I knew that if I didn’t get back to my practice relatively soon after my stroke, I never would.

“I would have freaked myself out too much about it.”

Although the artery has now healed, Rebecca’s aneurysm however was still there and she feels the effects daily. 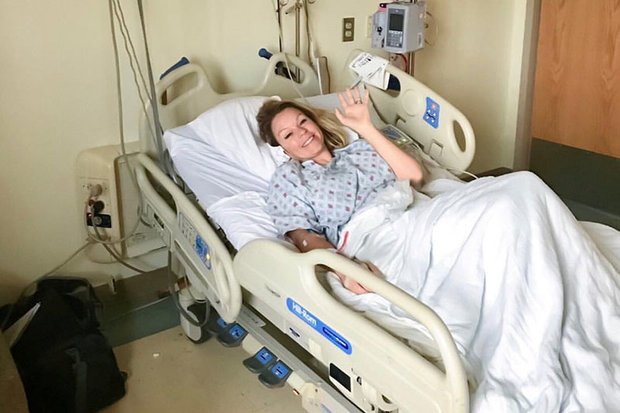 Rebecca said: “The immediate arm numbness that I experienced during the stroke went away that day, but in its place is a nearly constant tingly sensation.

“It’s like a wave of electricity is going back and forth from my elbow to my hand and back over and over again.

“I am still dealing with some sort of headache, face or neck pain on a daily basis.

“My face physically hurts and gets worse just by talking for a few minutes or having a busy day.

“My eye is still a bit droopy and my memory is awful.

“I forget things quickly. I have to ask people to remind me of things they’ve already told me, something I never had to do prior to my injury.

“I fatigue much quicker than I did before. It doesn’t take more than a trip to the grocery store to count me out for the rest of the day.” 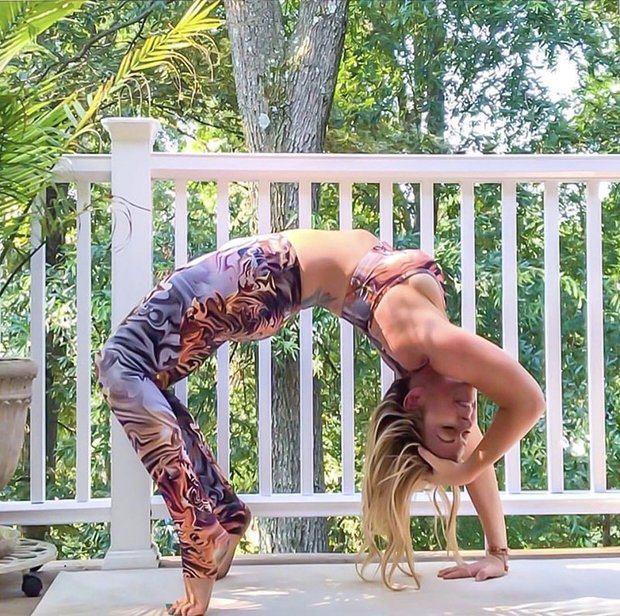 But the most damaging after effect is the fear that the stroke could strike again at any moment.

She said: “It’s very hard to recover from something so scary that came out of nowhere.

“You think you’re doing everything right and then when something like this happens, it’s hard not to think that it can happen again.”

But the yogi is happy to be back on her mat, practicing sun salutations.

She said: “About a year after my stroke I was about 75 per cent back to where I was before my stroke.

“The fact that I can touch my toes is enough to make me smile.”