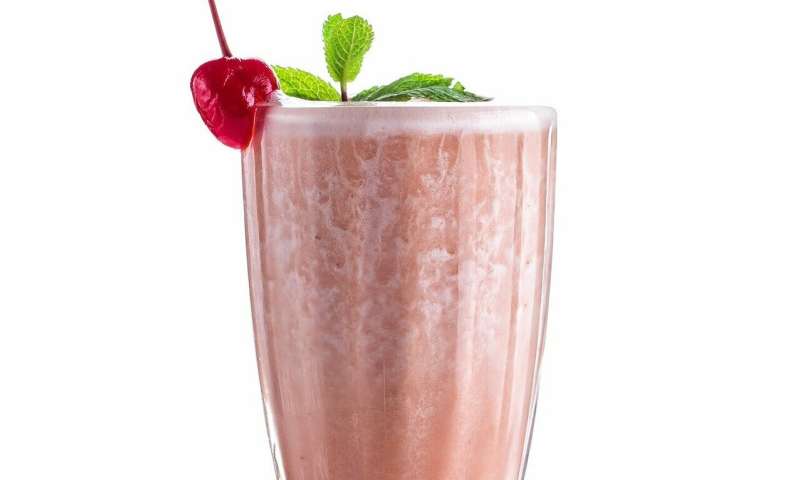 Drinking a casein shake just before overnight sleep increases gains in muscle mass and strength in response to resistance exercise. But to date, no study has directly addressed whether this effect is due to increased total protein intake only, or if a bedtime beverage is better.

Snijders’ 2015 study is the most compelling demonstration to date for this.

His team put 44 healthy young men on a 12-week lifting program. Half were given a nightly pre-sleep protein shake with about 30g of casein and 15 grams of carbs, while the other half got an energy-free drink.

The training was effective—both groups ended with a bigger squat (one rep max) and bigger quads—but the protein-before-bed group gained significantly more muscle strength and size.

But are muscle gains boosted by pre-sleep protein per se, or just higher total intake of protein and calories?

Just one study has attempted—unsuccessfully—to test this question. It showed that fat-free mass gains over 8 weeks of unaltered training in regular lifters were greater (+1.2 kg vs +0.4 kg) with a nightly casein supplement, compared to the same supplement taken in the morning. The difference was not statistically significant however, perhaps because there were only 26 participants.

“Based on our own studies, we calculated that a huge number of participants would be needed to prove whether a difference might exist in response to pre-sleep protein, versus protein intake at other times of the day,” explains Snijders.

However, there are already numerous indirect indicators that pre-sleep protein specifically is beneficial for healthy young lifters.

Sleep is a unique opportunity for muscle recovery and growth

Fundamentally, pre-sleep protein can be used to improve protein intake distribution over the day, says Snijders.

Muscles can only grow and repair themselves when the right building blocks—amino acids from protein—are available in the blood. But unlike blood glucose, the body does not store and release amino acids to maintain near-constant circulating levels.

“A survey of over 500 athletes found they were typically consuming at total of more than 1.2g protein per kilo of bodyweight across three main meals, but only a paltry 7g of protein as an evening snack. As a result, lower levels of amino acids would be available for muscle growth during overnight sleep.”

But if pre-sleep protein consumption allows muscles to cram in more amino acids at night, will they simply use less during the day? Apparently not, claims Snijders.

“The muscle-building effects of protein supplementation at each meal seem to be additive. In one study we found that the consumption of ample amounts of protein (60g whey) before overnight sleep did not alter the muscle protein synthetic response to a high-protein breakfast the following morning.

“What’s more, others have shown that adding a protein supplement at bedtime does not affect appetite the following morning—so it is unlikely to compromise total protein or calorie intake.”

Bedtime protein won’t ‘make you fat’ or ruin your sleep

While the case for pre-sleep protein remains preliminary, is there any harm in trying it? After all, it does involve consuming calories just before a long period of inactivity.

The evidence is sparse, but encouraging.

“In the 8-week morning vs evening casein study, the additional consumption of protein calories did not result in any increase in fat mass despite the fact that exercise volume did not change,” reports Snijders. “But again, these results should be interpreted with caution due to the low number of volunteers included.

“Supporting this, another group found in 11 young active men that a pre-sleep casein shake actually increased the rate of fat burning the following day. This might be because casein ingestion reduces the insulin response to subsequent meals, which pushes your body to use more fat.”

Based on the results of these studies at least, pre-bed protein consumption, especially casein, doesn’t appear to ‘make you fat.’ Indeed, it appears to actually increase fat metabolism.

Finally, pre-sleep protein may be what keeps Snijders up at night—but it won’t stop you getting your well-earned rest.

“It has been consistently shown that pre-sleep protein ingestion has no effect on sleep onset latency or sleep quality.”