We’ve washed down our fasted hunger with green juices and turmeric lattes, wrecked perfectly good smoothies with the addition of kale, replaced (frankly, more delicious) berries with the dehydrated Goji variety, and swapped (again, more delicious) pizza and pasta for zoodles and cauliflower pizza, all in the name of our health. 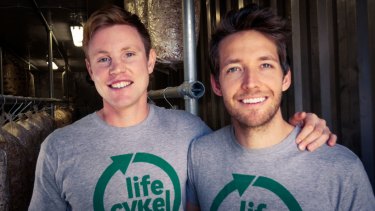 The latest trend to take root in the mainstream, however, has risen from the underground and is more intriguing than many that have come before it.

Mushrooms are big, in more ways than one. Thought to be the largest living organisms on earth, their roots branch out sometimes for miles beneath our feet. Their branches are reaching above ground, too, as they stretch into every nook and cranny of the wellness world.

The Silicon Valley elite are microdosing magic mushrooms for the sake of creativity and productivity, Kelloggs have invested in the development of mushroom protein, researchers are trialling mushrooms as a potential treatment for depression and PTSD and, in cafes around the world, people are sipping exotically named medicinal mushroom smoothies and coffees, made with extracts of lion’s mane, reishi, cordyceps or turkey tail.

The global mushroom market is tipped to reach $83 billion in the next two years. While the "shroom boom” has taken off in the US, the Australia is starting to catch on too.

Three years ago, Julian Mitchell was working as a health consultant to a mining company in the Pilbara.

The qualified physiotherapist had developed an interest in nutrition and noticed that, along with cannabis, mushrooms were a growing market overseas.

He pitched an idea to create an urban mushroom farm from coffee waste to the mayor of Freemantle on the premise that it was sustainable and helped to prevent all of the coffee grind from the town’s cafe-loving culture ending up in landfill.

While the 'shroom boom' has taken off in the US, the Australia is starting to catch on too.

“One per cent of coffee goes into the cup and the rest ends up in landfill,” Mitchell says. “The grind is very acidic but mushrooms love the acidity.”

Within three months, they had grown 240 kilograms of oyster and shitake mushrooms using three tonnes of coffee, selling the gourmet mushrooms to local restaurants, cafes and at the farmers markets.

“Mushrooms are one of the quickest growing foods. In two weeks you’ll have a crop ready to go,” says Mitchell, whose company Life Cykel has since helped to set up 61 other urban mushroom farms across Australia. “It grows in people’s back yards or in a ‘shroom room’… In a three-by-three space you can grow 20 to 40 kg a week.”

But sustainable gourmet mushroom growing was just the start.

The press Mitchell and his business partner received from their Freemantle venture led to a conversation with a biotechnologist who began working with them to explore creating other mushroom products: mushroom leather, biomaterials to replace styrofoam, compostable insulating materials and, of course, the mushroom trend du jour, medicinal mushroom extracts.

Nutritionist Amelia Phillips says that all mushrooms are healthy, but “medicinal” mushrooms contain compounds that are believed to be particularly supportive of health.

“Mushrooms grow in really hostile environments, like the forest floor and if you think about it, there are so many things out to get them… so these clever organisms have learned to adapt by creating some pretty impressive chemicals in their cell walls,” says Phillips, who consults for fermented powder mushroom brand, EMPOWdER. 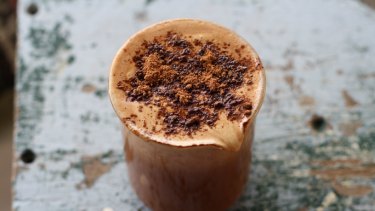 One of the “amazing things” in their cell walls is beta glucen – a type of soluble fibre found abundantly in reishi and shitake mushrooms – which research suggests may lower insulin resistance, blood cholesterol, reduce inflammation and boost immunity.

“They are also your gut's best friend,” Phillips says of mushrooms. “They’re packed with prebiotics which is a type of fibre which feed our gut microbiota, they contain digestive enzymes – breaking down protein and carbohydrates and fats into much smaller parts so then our guts have to do less work and we can absorb more nutrients from the food – increasing the availability of nutrients.”

Mushrooms have been used in Traditional Chinese Medicine for centuries to boost immunity, energy, digestion and even as an adjunctive cancer treatment (one particular variety, which Chinese athletes claim helped them smash world records back in 1993, is so coveted it is more expensive than gold). 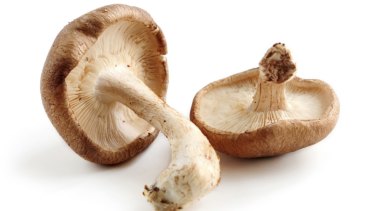 Associate Professor Xiaoshu Zhu, director of the Chinese Medicine Program in School of Science and Health at Western Sydney University, believes the booming interest in mushrooms is a byproduct of our societal shift towards preventative medicine and commercial cashing in on that interest.

“In the practice of Chinese Medicine [mushrooms] are used for almost every condition,” says Zhu. “Two types are used in 70-80 per cent of prescriptions and that’s because it’s being used for its anti-inflammatory purpose… [many ailments] are the result of inflammation.”

But, Zhu warns that they are by no means a cure-all. In Chinese Medicine, she explains, the same ailment might be treated differently, depending on the practitioner’s diagnosis of the underlying cause.

“If you’re constantly consuming it at high dosage, it can cause trouble. It’s the same as ginseng – it is used by people for fertility but it can also cause high blood pressure,” Zhu says. “Ginseng is very hot in nature… very often, if people [with too much ‘yang’ chi] take ginseng it leads to insomnia and makes them irritable.”

For this reason, she advises using medicinal mushrooms under the guidance of practitioners. She also recommends organic mushrooms because of their tendency to soak up heavy metals in the ground.