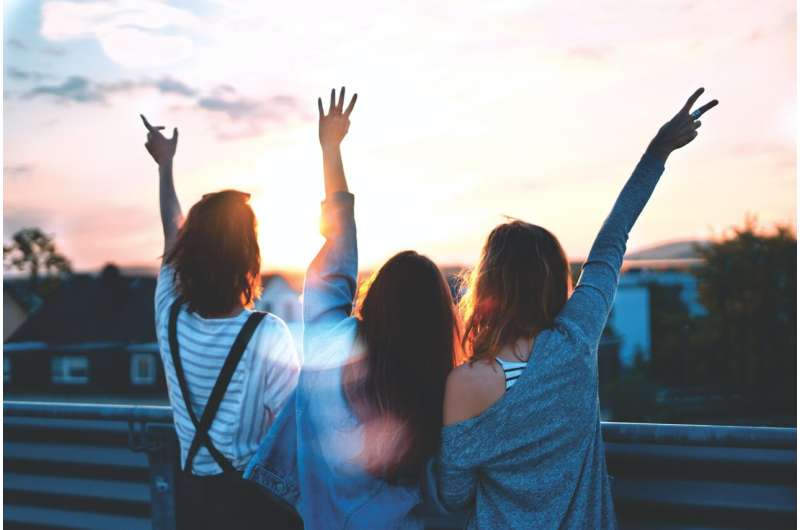 The mental health and well-being of young Australians has dramatically improved, despite the ongoing COVID-19 pandemic, new analysis from The Australian National University (ANU) shows.

The findings come from the ANU Center for Social Research and Methods’ COVID Impact Monitoring survey, which has examined the effect of the pandemic on Australians for more than two years and across 12 waves of data collection.

According to the researchers, the latest survey of more than 3,500 people completed in August 2022 shows Australians aged 18 to 24 are feeling more positive about their lives and their future, and are experiencing less psychological distress.

“We found a large and significant turnaround in the number of young Australians who said their lives and well-being were improving, especially compared to Australians aged 45 to 64,” study co-author Professor Nicholas Biddle said.

“More than two in three, 67.4%, of young Australians said their life had improved in the last 12 months. This was also the age group with the largest improvement in life satisfaction since our April 2022 survey.

Professor Biddle said it was important to note that levels of psychological distress were still above pre-pandemic levels, but much lower than what they were in 2020 and when COVID took a hold in Australia.

Young Australians also continued to have the most elevated level of psychological distress of any age group compared to pre-COVID levels.

“However, overall this is really encouraging news,” Professor Biddle said.

“Young people have been the people most dramatically impacted by the COVID-19 pandemic in Australia, especially when it comes to their economic security, future prospects and mental health and well-being.

“So it is heartening to see that the majority of young Australians say there are feeling much better than they were 12 months ago, even though they still face ongoing pandemic pressures.”

The study found that across the board Australians thought their life and well-being was improving, with levels of life satisfaction steadily increasing since January 2022.

Levels of psychological distress among all Australians have also steadily declined between October 2021 and August 2022.

“In May 2020, roughly half of Australians thought their life was worse, 51.3%, including 6.5% who thought it was much worse,” Professor Biddle said.

“That does not mean that Australia has returned to pre-pandemic levels of well-being and mental health. Life satisfaction was lower in August 2022 than it was in October 2019. There are also still more Australians who have high levels of psychological distress.