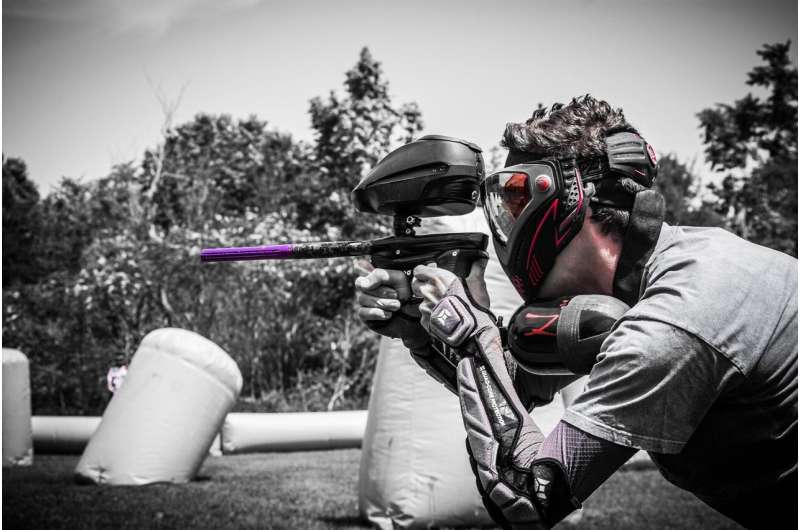 University of Chicago Medicine researchers reviewing two years of data on assaults with paintball guns found more patients than expected suffered vision-threatening emergencies after being struck in the eye, with several experiencing a rupture of the eyeball or even permanent blindness.

“Many of these patients had devastating outcomes, such as irreversible vision loss,” said lead author Shivam Amin, MD, a second-year resident in the Department of Ophthalmology and Visual Science at the University of Chicago Medicine. “Some people may view paintball guns as harmless toys, but they can cause serious harm when used in an unsupervised setting, especially when people use them as an assault weapon and aim for the head.”

The research, published online May 17 in the American Journal of Ophthalmology, is the first time patients have been studied for eye injuries caused by paintball guns used as assault weapons with the intent to cause harm. The team sought to better understand how dangerous paintball guns are in these unregulated situations.

“In fact, we had eight injuries on one weekend,” said senior author Hassan Shah, MD, Associate Professor of Ophthalmology and UChicago Medicine oculoplastic surgeon. “There was an unusually high number of very severe injuries where the eye actually burst open.”

Twelve patients needed a surgical intervention. Six patients suffered what’s known as a ruptured globe, where the eyeball rips open and requires emergency surgery to stitch it back together.

Three of those patients eventually needed an evisceration, in which doctors replace the insides of the eye with silicone. Researchers reported the highest rate of ruptured globes (30%) among all studies to date that included at least five or more patients.

This is significantly higher than the 7% rate the team found when combining several different groups of studies that did not look specifically at paintball gun assaults.

“Some of these patients had multiple surgeries, made multiple visits to see us in our clinic, and experienced a significant physical, mental and emotional toll associated with the disruption in their quality and loss of their vision,” said Amin.

Five patients were left blind in one eye.

Unlike firearms, which use gun powder to propel a bullet out of a gun’s barrel, paintball guns use compressed gas to fire a spherical gelatin capsule filled with paint. The guns can be mechanically or electrically powered; depending on the gun used, paintballs can travel up to 300 feet per second and have a maximum range of approximately 120 feet.