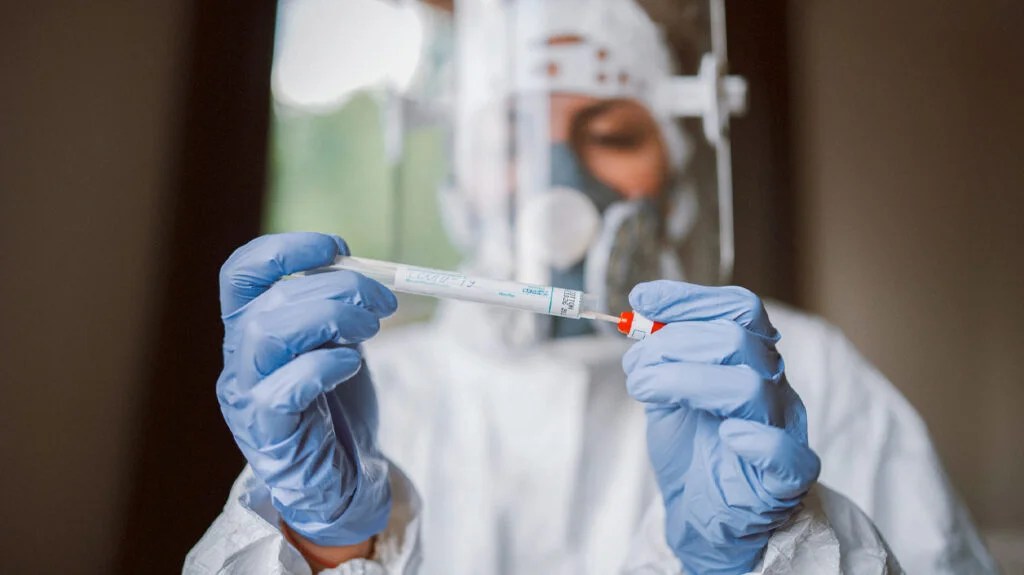 Metropolitan Houston reported its first case of COVID-19, which is the illness that develops due to SARS-CoV-2, on March 5, 2020. A week later, the virus was spreading within the community.

A previous study found that strains of the virus containing a particular mutation, called G614, caused 71% of cases in Houston in the early phase of this first wave of infections.

A follow-up study by the same team now reveals that by summer, during the second wave, this variant accounted for 99.9% of all COVID-19 infections in the area.

The new research, which a team from the Houston Methodist Hospital in Texas led, now appears in the journal mBio.

The mutation, which has spread worldwide, results in the substitution of one amino acid for another at a particular position in the virus’s spike protein.

Amino acids are the building blocks of proteins. They are assembled in a particular sequence depending on the genetic blueprint of the virus.

The mutation replaced an amino acid called aspartate with another called glycine in the spikes, which allows the virus to break into its host cells. The substitution appears to make it easier for the virus to invade the cells.

A study from earlier this year showed that viruses carrying this mutation are more infectious in cell cultures growing in the laboratory.

The same team found clinical evidence to suggest that people with this variant had more virus particles in their upper respiratory tracts than people with other variants. That said, despite this extra “viral load,” their illness appeared to be no more severe.

Another analysis of more than 25,000 viral sequences in the U.K. suggests that viruses with this mutation transmitted slightly faster and caused larger clusters of infections.

The latest study sequenced the genomes of 5,085 strains of the virus from the two COVID-19 waves in Houston.

At the time of diagnosis, people with the G614 variant had significantly more virus particles in their noses and throats, possibly as a result of its increased infectivity. However, there was no evidence to suggest that these people experienced more severe disease as a result.

In addition to G614, the researchers identified 285 other mutations that cause changes in the amino acid sequence of the spike protein.

The researchers at Houston Methodist Hospital — in collaboration with scientists at the University of Texas at Austin and the University of Chicago, IL — discovered that one of these mutations may allow the spike to evade a neutralizing antibody produced by the human immune system.

It is unclear whether or not this mutation also increases infectivity. However, the researchers report that it is currently rare and does not appear to make the disease more severe.

They also found no evidence to suggest that the virus has acquired mutations that might render either the vaccines in development or existing antibody treatments ineffective.

“The virus continues to mutate as it rips through the world,” he says. “Real-time surveillance efforts like our study will ensure that global vaccines and therapeutics are always one step ahead.”

The team’s genetic analysis revealed that the virus made its way to Houston many times, and from all corners of the globe. In fact, the researchers identified strains from Asia, Europe, South America, and elsewhere in the United States.

Concluding their report, the authors write:

“The findings will help us to understand the origin, composition, and trajectory of future infection waves and the potential effect of the host immune response and therapeutic maneuvers on SARS-CoV-2 evolution.”

They also note some limitations of the study. For example, their sample may not have reflected the full socioeconomic diversity of the Houston metropolitan region’s population.

They also write that their samples represented only about 10% of all COVID-19 cases documented in the region during the study period.