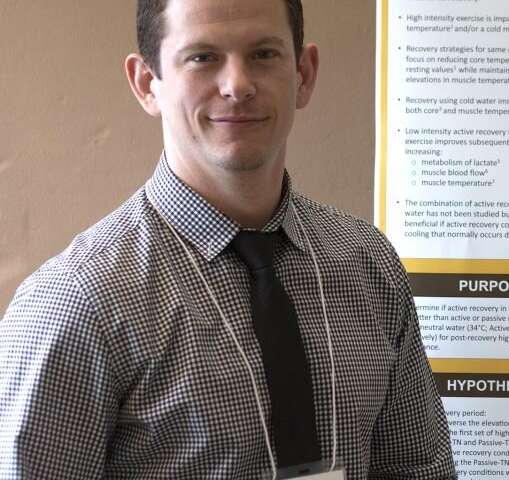 Although most of the western hemisphere is sweating in the summer heat, a team of U of M researchers are keeping cool by finding more efficient ways to tackle hypothermia.

High-powered heated blankets (through a system called forced-air warming) are commonly used by rescue groups, such as the US Military, to treat hypothermia. These systems, however, require a significant amount of power (up to 800 watts) and aren’t portable—which is a problem when trying to treat hypothermia in the field.

The electric pads are battery-powered, using only about 80 watts, and can virtually be taken anywhere.

“The heating pads can be used in the field, closer to the trauma, and also during transportation,” says Daryl Hurrie, the study’s primary investigator.

The study compared the rewarming effectiveness of an electric resistive heating pad system to forced-air rewarming on cold subjects in whom shivering was pharmacologically inhibited.

People in severe states of hypothermia require external rewarming, as self-rewarming through shivering (shivering causes heat production) is either minimal or absent.

When a person’s core temperature drops below 30 degrees Celsius, the protective responsive of shivering stops. A heating application or an external heat source is the sole way to re-warm the body.

The heating pad system, still in prototype phase, could have a huge impact in the way—and in the efficiency—hypothermia is treated.

“So many of the things we’re using to treat hypothermia in the field have limitations,” says Hurrie, an Applied Health Sciences Ph.D. candidate at the University of Manitoba. “[The electric pads] serve as a way to apply a moderate amount of heat over a long period of the time, and really creates the proper approach.”