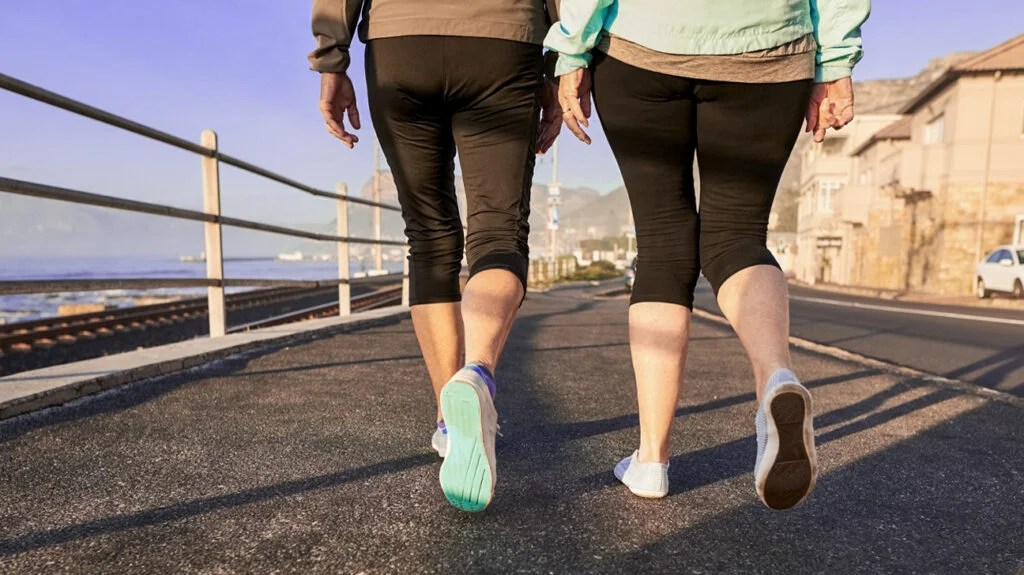 Research confirms that being physically active has various health benefits, including reducing the risk of mortality. A recent study published in JAMAfound that taking at least 7,000 steps a day may decrease this risk by 50–70%.

The benefits of physical activity

As the Centers for Disease Control and Prevention (CDC) note, being physically active benefits physical and mental health. Regular physical activity can:

Specific recommendations about physical activity vary, and scientists continue to collect data on the topic. One area of interest concerns the health benefits of taking a certain number of steps each day.

Another study, from the same year, found that a higher step count for 70-year-olds was associated with lower incidence rates of diabetes. As more data emerge, researchers seek to adapt physical exercise guidelines.

This most recent study contributes to mounting evidence of the importance of increased physical activity.

The research was part of the Coronary Artery Risk Development in Young Adults prospective cohort study, which recruited participants from four states in the United States.

The authors write, “Our study extends research by examining a prospective cohort of middle-aged men and women of Black and white race and the association of steps with premature mortality, considered deaths earlier than U.S. population mean life expectancy.”

Between 2005 and 2006, the participants wore an accelerometer for 7 days to measure their average step counts. They only removed the device during sleep an any water-based activities. The researchers followed up with the participants an average of 10.8 years later. During the follow-up period, 72 (3.4%) of the participants had died.

The team classified the daily step counts into three categories:

In addition to calculating the participants’ average daily step counts, the researchers also accounted for their average step intensity. They measured participants’ highest number of steps per minute in any 30 minutes. They also kept track of the amount of time each day participants were taking 100 steps a minute or more.

Also, the team took into account several factors related to health, including:

This study provides more insight into the benefits of increased physical activity via step count among middle-aged adults.

In an interview with Medical News Today, Prof. Juan Franco, a primary care expert and the editor-in-chief of BMJ Evidence-Based Medicine, identified the following strengths of the study:

“The study identified that participants with a higher step count per day had lower mortality rates than those with a lower step count. They considered other risk-important factors associated with death and had a long follow-up (over 10 years), which is a big strength of the study. Moreover, this fits with previous research that shows that people who do more physical activity have a lower incidence of cardiovascular disease, cancer, and other diseases.”

While the analysis gives important insights, the lack of findings about an association between step intensity and mortality warrants further research, the study authors note.

They also acknowledged the following limitations:

It is also critical to consider other health factors, Prof. Franco told MNT:

“People with a higher daily step count may be healthier by other unmeasured factors in their lifestyle, which might have also contributed to this difference. That means that step count is part of a bigger picture of differences in a physically active lifestyle that can explain what makes people have lower mortality. This is important, since we do not want to give the general public the impression that getting a Fitbit and achieving more than 7,000 steps, in itself, will lower their mortality.”

Dr. Nicole L. Spartano, of the Boston University School of Medicine, emphasized in an invited commentary article that further research should focus on areas other than mortality risk.

“Mortality is not the only matter of concern, when it comes to developing a guideline for health promotion, and we also need to expand our study beyond cardiovascular and metabolic diseases. It is critical to focus our investigations on other health outcomes, such as quality of life, years of healthy life, mobility, mental health, and dementia and Alzheimer disease.”