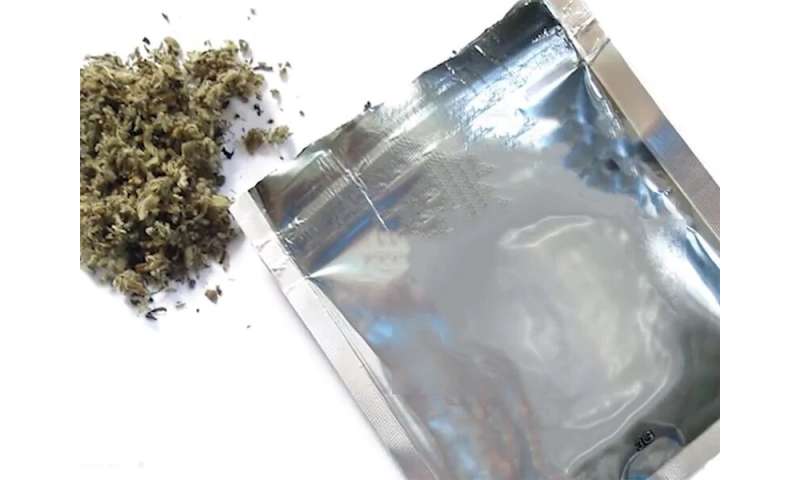 Using “synthetic pot” is rolling the dice with your health, experts warn, pointing to a healthy 26-year-old woman who ended up in the ER after smoking a batch laced with rat poison.

Synthetic pot is created in a lab. It’s supposed to safely mimic marijuana by targeting the same cannabinoid receptors as the real thing.

But the unregulated chemical composition of fake weed can be a toxic crap shoot, experts say. And for the 26-year-old Illinois woman who took that gamble, luck was not on her side.

“This woman’s specific experience was pretty rare in the grand scheme of things,” said study lead author Dr. Arkady Rasin, a toxicology fellow with the Toxikon Consortium in Chicago.

The synthetic pot she smoked—branded “Matrix”—was laced with a rat-killing blood-thinner more powerful and longer-lasting than warfarin, a medication prescribed to prevent blood clots in heart patients. Smoking Matrix triggered two days of heavy mucous membrane and menstrual bleeding that required a transfusion, costly medication and six days in the hospital.

“It is unclear why this happened, who laced the drugs, and where in the manufacturing and distribution step this occurred,” Rasin said.

But this was not an isolated incident, he added. The woman was part of a nationwide outbreak of about 300 cases that started in Illinois in 2018 and spread to other states. Five people died.

How rat poison found its way into synthetic pot is still being investigated.

“There is no clear reason that we can identify,” Rasin noted. “There is no evidence that it actually makes the drugs stronger or different, and we have never had an outbreak like this.”

These synthetics share a big risk with most illicitly produced drugs: A customer never knows what he or she is actually buying, if products may be tainted or errors were made during manufacturing.

And Rasin said that’s the case with fake pot, despite efforts to foster brand loyalty with hip names like “Spice,” “Bliss,” “Skunk” and “K-2.”

“Users cannot even rely on a certain brand or dealer, because dealers change their suppliers, there is no guarantee of any quality control, and the brand on the packaging seems to be random and not indicative of the specific product inside,” he said.

Ultimately, he said, synthetic pot fails to deliver on its purpose—and its promise. Fake weed was developed for pharmaceutical research—created to mimic effects of marijuana in the hope of finding a legitimate therapeutic use. That never panned out.

And illegal manufacturing has led to an ever-changing menu of chemical recipes. The upshot: While some people use fake pot to skirt workplace drug testing, the pot-like high that they are chasing is also unlikely to pan out, Rasin said.

That thought was seconded by Dr. Eric Lavonas, a spokesman for the American College of Emergency Medicine.

“Pot is a plant,” he said. “Synthetic pot is not. People have a decent idea where marijuana is grown. Synthetic pot is just chemicals made in factories, typically in China.”

The compounds vary from batch to batch, and often look and act “a lot more like meth or cocaine than marijuana,” Lavonas said.

“Sometimes you’ll get a mellow high, and other times you’ll end up running down the street screaming naked,” he said.

As for the young woman, her doctors were aware of the local outbreak and were able to diagnose and stop her bleeding within 24 hours, using high doses of a pricey and often hard-to-come-by clotting supplement.

The rat poison she consumed can thin blood for months, doctors said, requiring prolonged treatment and outpatient monitoring. Unfortunately, the patient moved out of state two months after the incident and her current condition is unknown.