The pollen count has been forecast as ‘very high’ for London and the South East, South West England and Wales by the Met Office. For the rest of England, the pollen count is predicted to be ‘high’, and in Scotland and Northern Ireland ‘medium’. Hay fever sufferers living in areas with high counts, are likely to feel the brunt of symptoms – sneezing, coughing and itchy eyes. And those that live in towns and cities may feel them worse than in those living in the countryside.

Holland & Barrett explains: “In built-up towns and cities, there are lots of dust clouds which can’t disperse because of a lack of wind. These combine with traffic pollution and the sun’s rays to trap grass, trees and weed pollen closer to the ground than elsewhere.

“This increases the number of hay fever sufferers and how often their symptoms are presented.

“A hay fever report published in 2010 predicted that by 2030 half of people in the UK would suffer from an allergy to pollen.

This forecast was made due to the large number of people moving to cities, with experts predicting that the number of hay sufferers in the likes of London and Birmingham would increase by 45 per cent.”

1. Protect eyes when outside

It says: “Sunglasses not only look cool during the summer months, they also play an integral role in protecting hay fever sufferers by stopping pollens getting in eyes, on eyelashes and eyebrows. 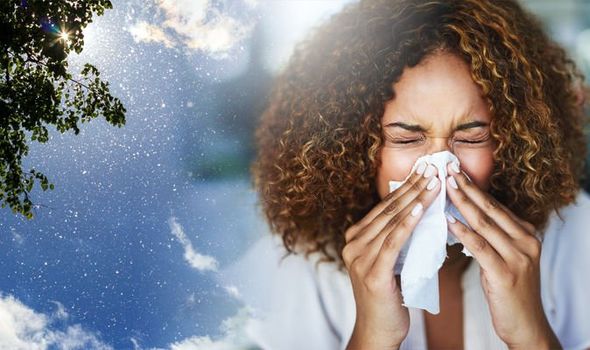 “Wraparound glasses offer the most protection, while if your allergies are specially bad, a wide-brimmed or ‘bucket’ hat will stop the millions of bits of pollen in the air landing on you.”

2. Keep windows closed and wipe down surfaces with a damp cloth

It advises: “Pollen levels — both in rural areas and the countryside — are highest in the morning, so it’s important to be vigilant earlier on in the day.

“Pollen also lingers on surfaces and travels through the air.

“So if you’re prone to symptoms even when you’re inside, close the windows and wipe down surfaces with a damp cloth to ensure no pollen is lingering and you don’t become irritable.” 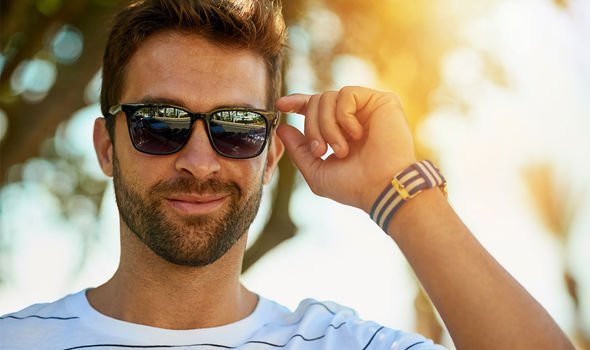 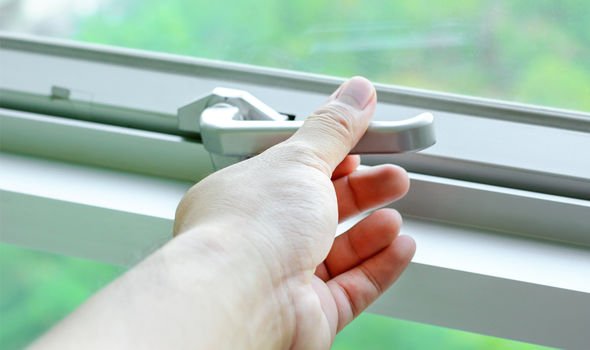 It cites: “Research suggests that the ‘friendly’ bacteria (or probiotics) found in certain yogurts and milks reduces hay fever symptoms such as itching and a runny nose.

“That’s because it lowers our levels of IgE, which is central to causing allergic reactions when pollen levels are high. Try adding foods or drinks containing probiotic into your diet and see if it works for you.

“Making some changes to your diet might also be worth considering, so make sure to check out our Health Hub where you’ll find recipes and wellbeing ideas.”

Hay fever symptoms can make getting to sleep at night very difficult. Here are some expert tips to help you get the sleep you need.